Tonight only! Zombie strippers at the Admiral 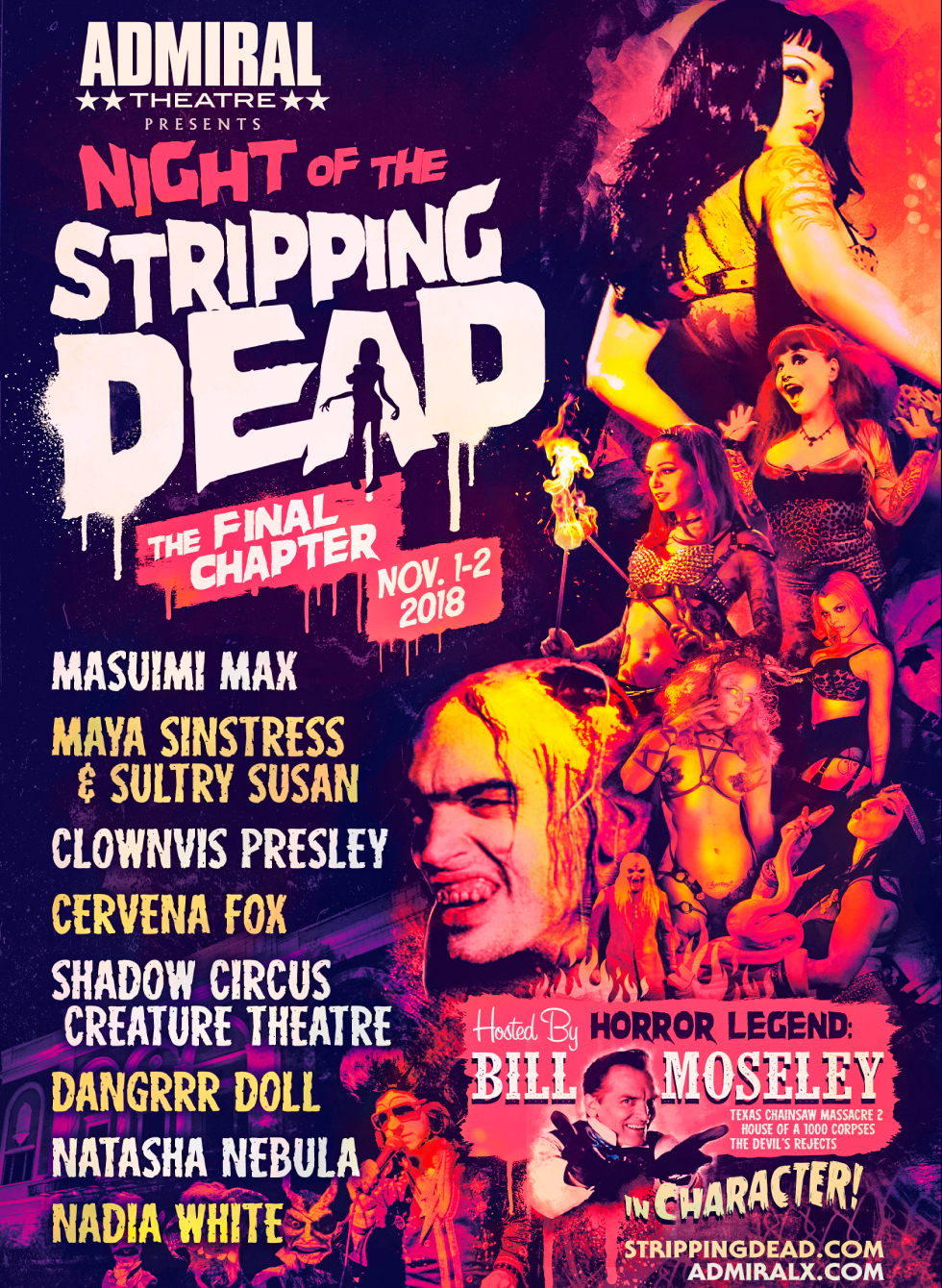 From The Chicago Tribune:

One rips off a bikini top. The other rips an arm off a hapless victim, beating the just-single-limbed person mercilessly before feasting on the bloody remains. Neither wants you touching them.

Exotic dancers and zombies, the two grand pillars of American subculture, have finally joined forces — thus proving our nation’s obsession with the walking dead has irrevocably crossed the line of mainstream consciousness, where now strippers are parodying a trend.

The site is Albany Park’s Admiral Theatre, a gentlemen’s club where chairs have leopard prints and a woman who works there is named Euphoria (likely not her Christian name).

“She came out in a metal corset, metal bikini and proceeded to take it off with a chain saw,” Brown said. “It floored me.”

Brown, who came up with the idea, was also particularly excited about “zombie (little people)” running the concession stand that night, which he said is “gonna be nuts.”