Tunick Greenpeace Installation: hundreds of naked people on a glacier 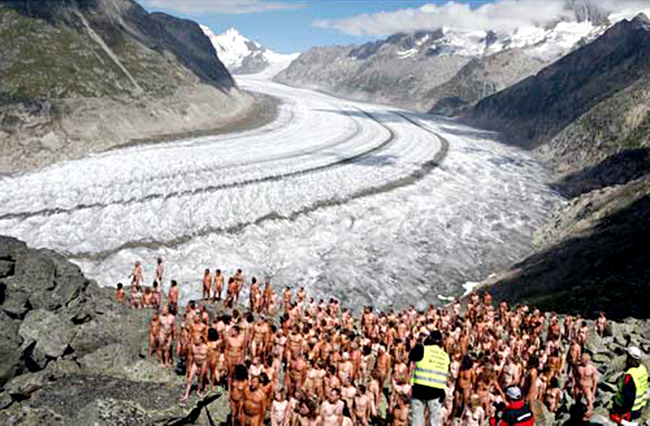 Bern. American installation artist Spencer Tunick is known for his spectacular actions, in which he lets volunteers pose naked in large groups. More than six hundred people responded to the appeal of Greenpeace and the American artist Spencer Tunick and participated in the installation on the Aletsch glacier last August. The installation symbolically represented the vulnerability of dwindling glaciers and the fragility of the human body. Shrinking glaciers are a clear sign of climate change, and Switzerland is particularly affected. The campaign was voted Action of the Year 2007 within Greenpeace and the photo of the press photographer commissioned by Greenpeace, Michael Würtenberg, received the coveted Swisspress Photo Prize.