Burma’s Aung San Suu Kyi ‘To Be Released’ — (I’m not holding my breath). 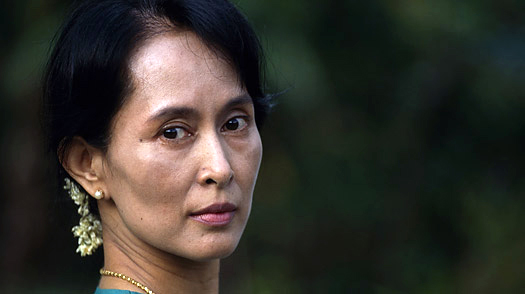 The Nobel Peace laureate has been detained for most of the last 20 years since winning the country’s last poll in 1990.

Unnamed sources told the AFP news agency that she will be freed when her current house arrest expires on November 13.

“November will be an important and busy month for us because of the election and because of Aung San Suu Kyi’s release,” a Burmese official said.

The official noted the release would come soon after the country’s November 7 vote.

A second Burmese official, who also declined to be named, confirmed the date, adding: “She will be released on that day according to the law.”

Neither Suu Kyi nor her National League for Democracy (NLD) party will participate in the upcoming vote.

Opponents have dismissed the election as a sham aimed at hiding military power behind a civilian facade.

Uncertainty over whether the military regime will indeed release the 65-year-old will remain until the moment she appears in public.

The junta, humiliated by its crashing defeat in the last election, has prolonged Suu Kyi’s confinement almost continuously ever since.

She has been detained since May 2003 and has only enjoyed fleeting periods of freedom since 1990.

Thailand-based analyst Aung Naing Oo said any release would come with conditions and she “won’t be free to go out”.