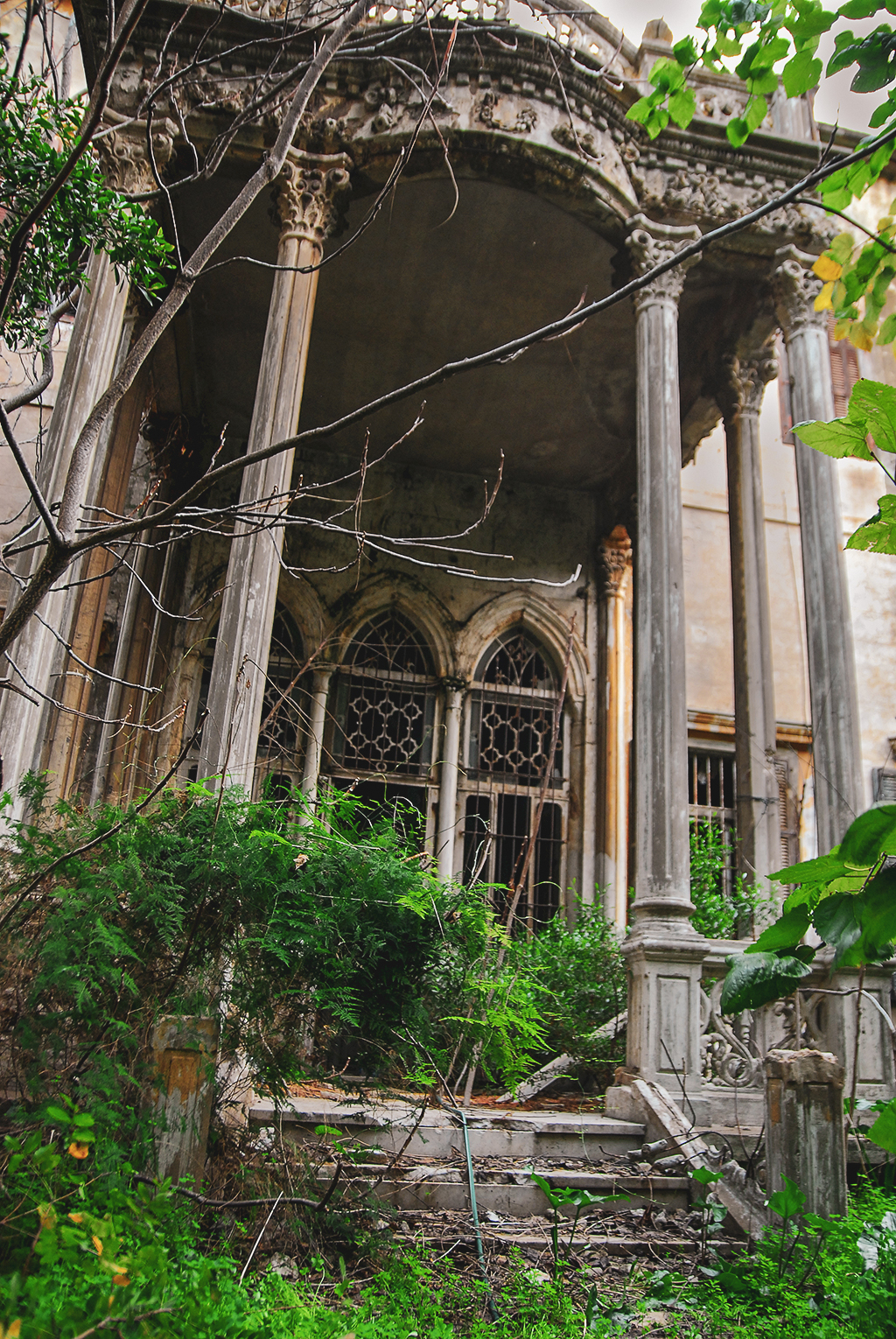 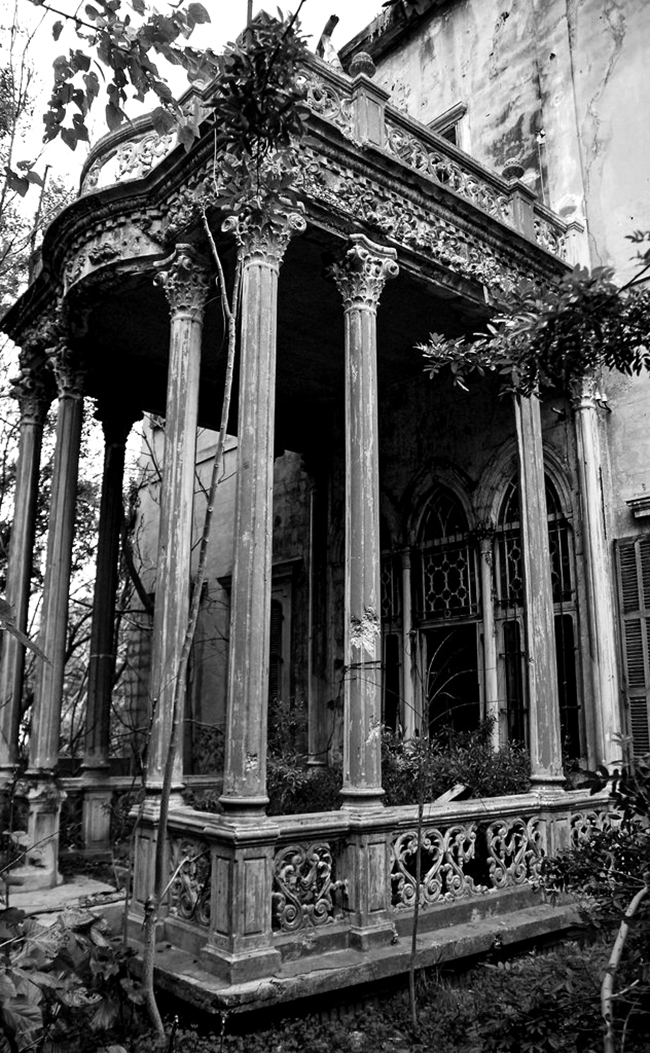 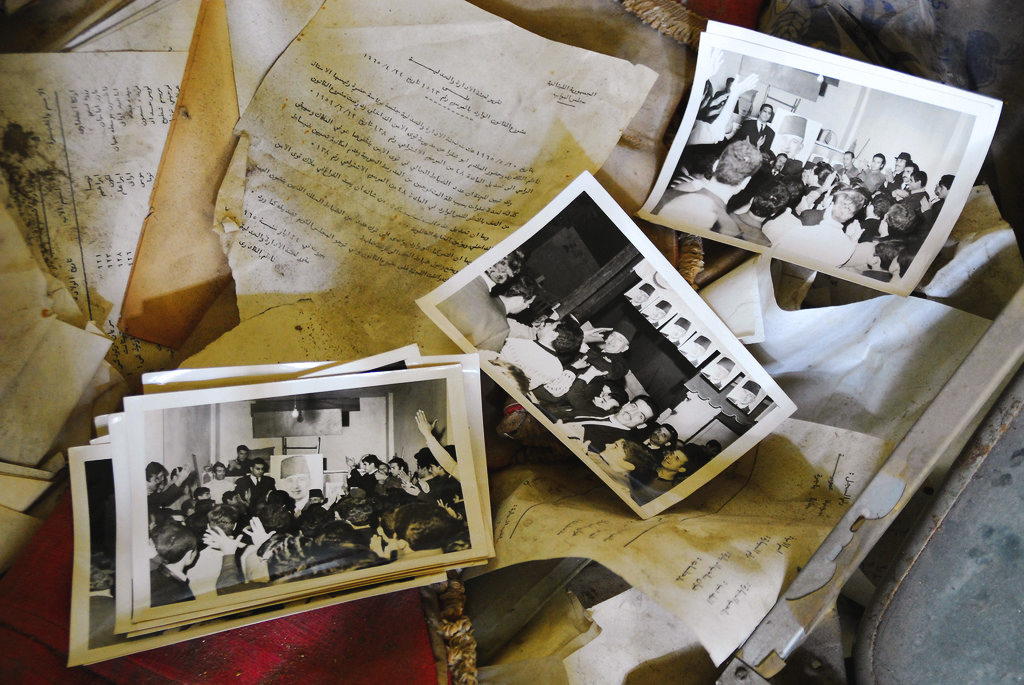 I saw this abandoned mansion last week from the street and went in with my friend Michel as translator in case we ran into anyone. It took a bit of jimmying to force the door, and inside we found piles and piles of of binders and dozens of black and white photos, all showing one man at various political events.

It turns out the mansion used to be the home of Takieddin el-Solh ( 1908 – 1988) Lebanese Sunni politician who served as Prime Minister from 1973-74, and 1980. The binders were full of voter lists and various political documents. I’m assuming he abandoned the place during the civil war and moved to a more secure location. The house is in the Sunni section, but was within easy artillery distance of the Green Line.