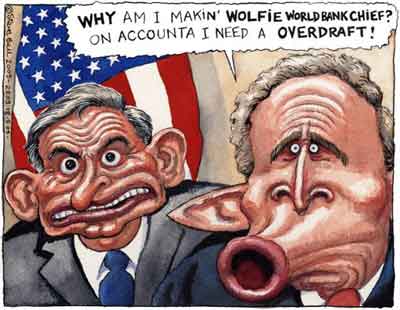 Paul Wolfowitz resigned as president of the World Bank effective June 30, the bank’s directors announced Thursday. The bank will launch an immediate search for a new president. Directors had been negotiating with Wolfowitz to step down after an internal review found that he violated the bank’s code of conduct by engineering a pay raise for his girlfriend, Shaha Riza. “We are grateful to Mr. Wolfowitz for his service at the bank,” the directors said in a statement. “Much has been achieved in the last two years.”

Good Vibrations Hersheys pot candy trademark lawsuits
We use cookies to ensure that we give you the best experience on our website. Find out moreI accept