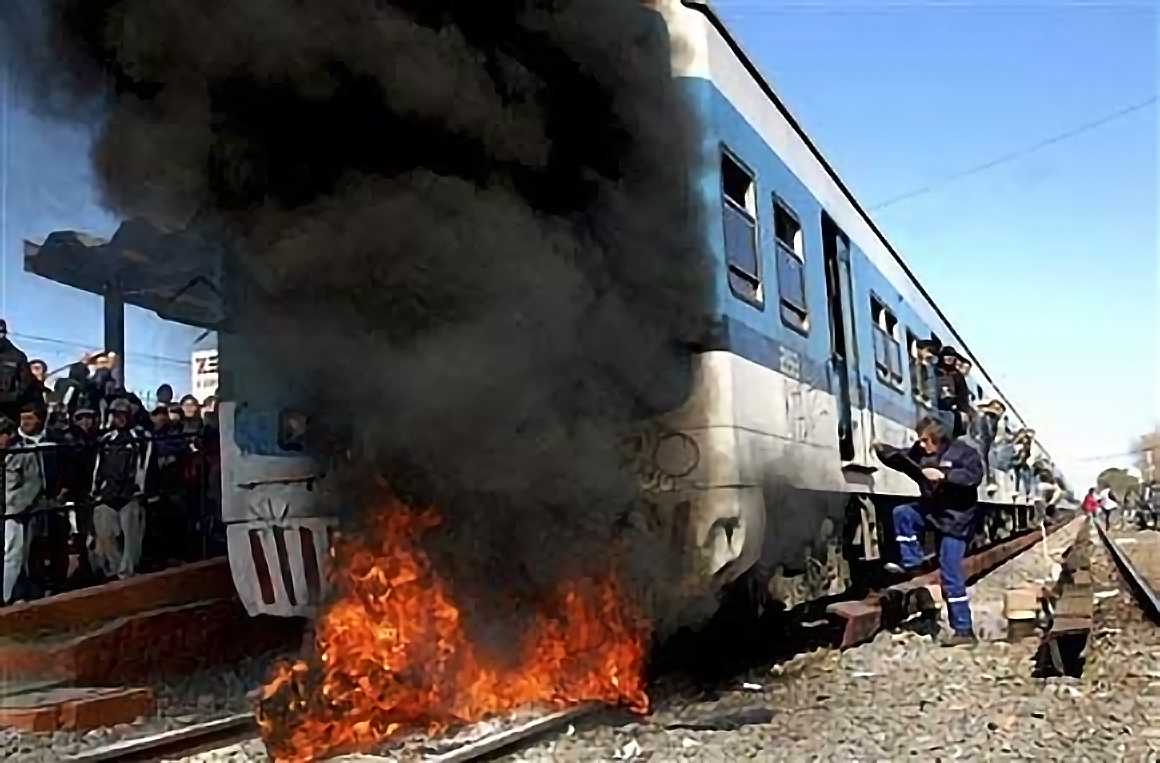 BUENOS AIRES (Reuters) – Furious rail commuters in Argentina set fire to a train on Thursday in anger over delays during the morning rush hour. Television images showed black smoke and flames engulfing the train at the station of Merlo, in the western suburbs of the capital, Buenos Aires. At nearby Castelar, passengers hurled stones at the ticket office and blocked the rails.

“We understand that people get angry when the service is delayed or canceled, but they absolutely can’t attack a public service in this way,” Gustavo Gago, a spokesman for rail company TBA, told local television. Many passengers said the delays, caused by a broken down train, had cost them a day’s work. Argentina’s dilapidated rail services are plagued by delays and travelers’ anger sometimes erupts into violence.

Last year, commuters torched a carriage at a station south of the capital and rioting broke out at a main railway station when passengers clashed with police, causing dozens of injuries and arrests.