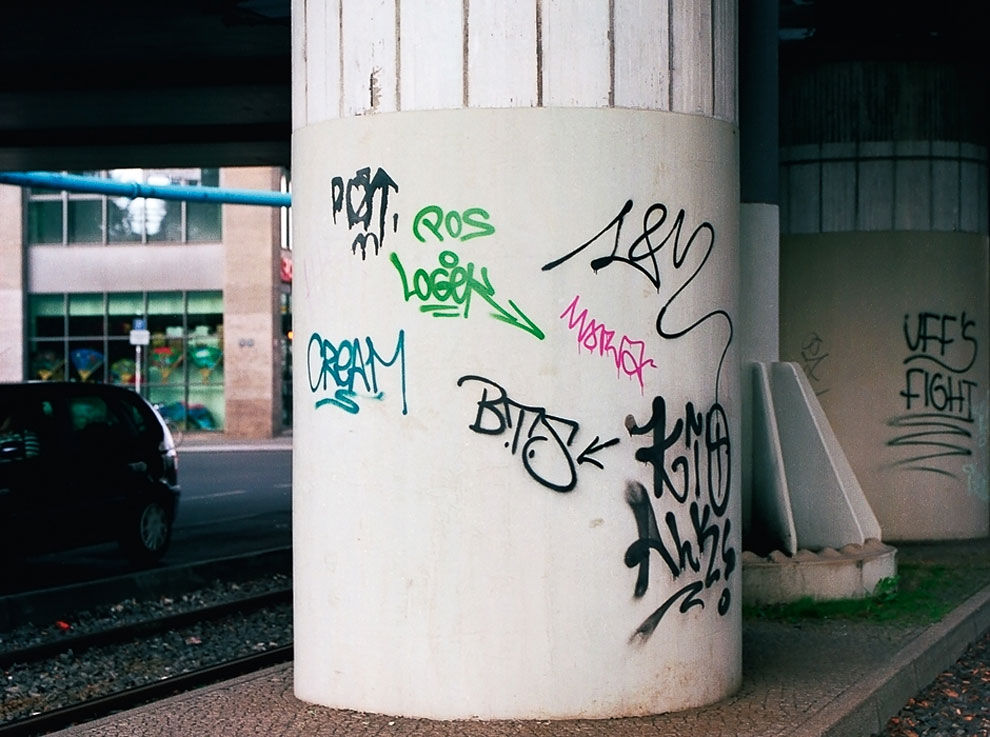 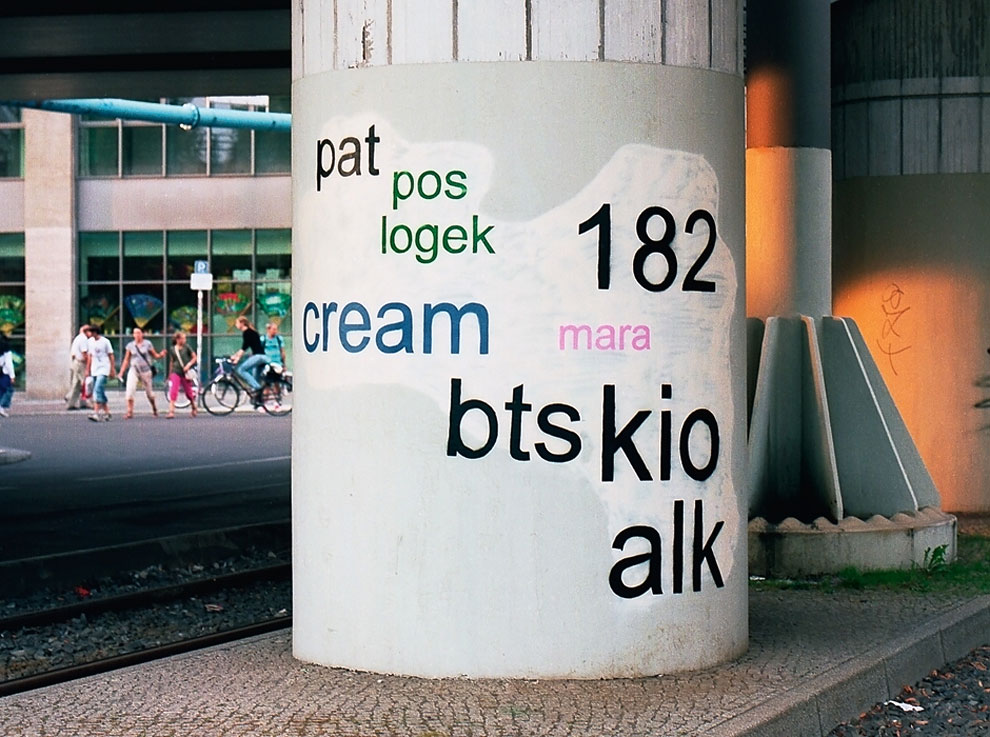 Mathieu Tremblin lives and works in Rennes and Arles, France. After graduation from a university of fine arts he began working with site specific urban interventions, graffiti culture, branding and the détournement of objects used in publications, installations, photography and video. This helped him document or reinvest the fruits of his experimentations. 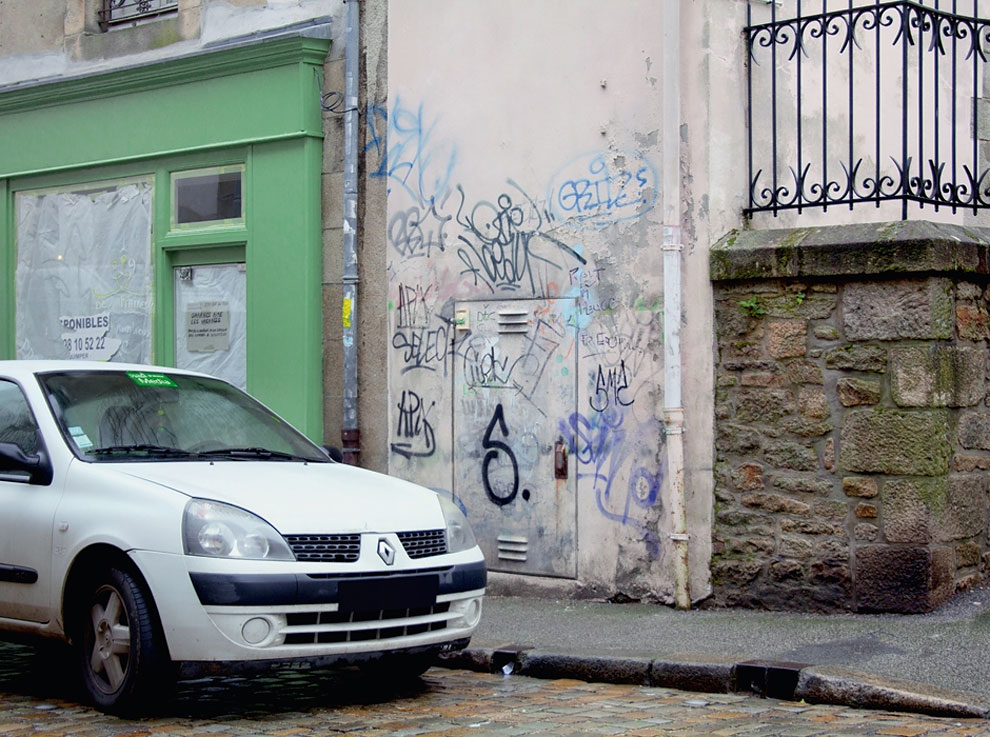 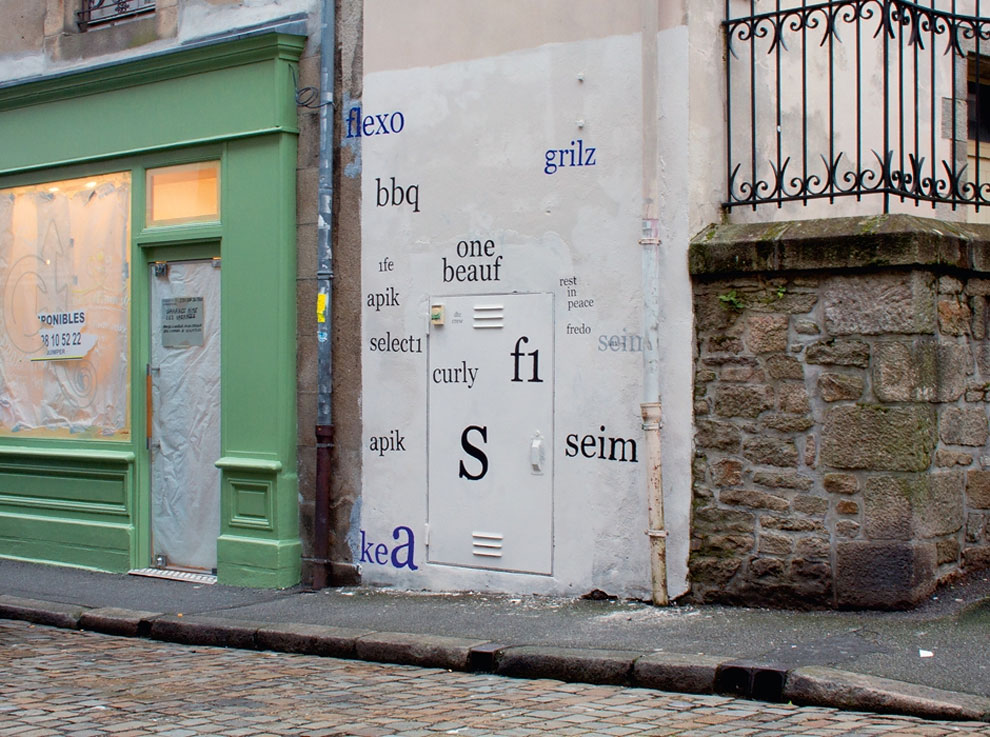 Inspired by anonymous, autonomous and spontaneous practices and expressions in urban spaces, Mathieu Tremblin implements simple and playful actions in order to question the systems of legislation, representation and symbolization prevalent in everyday city life. His work can also be found in the Netherlands and Belgium. 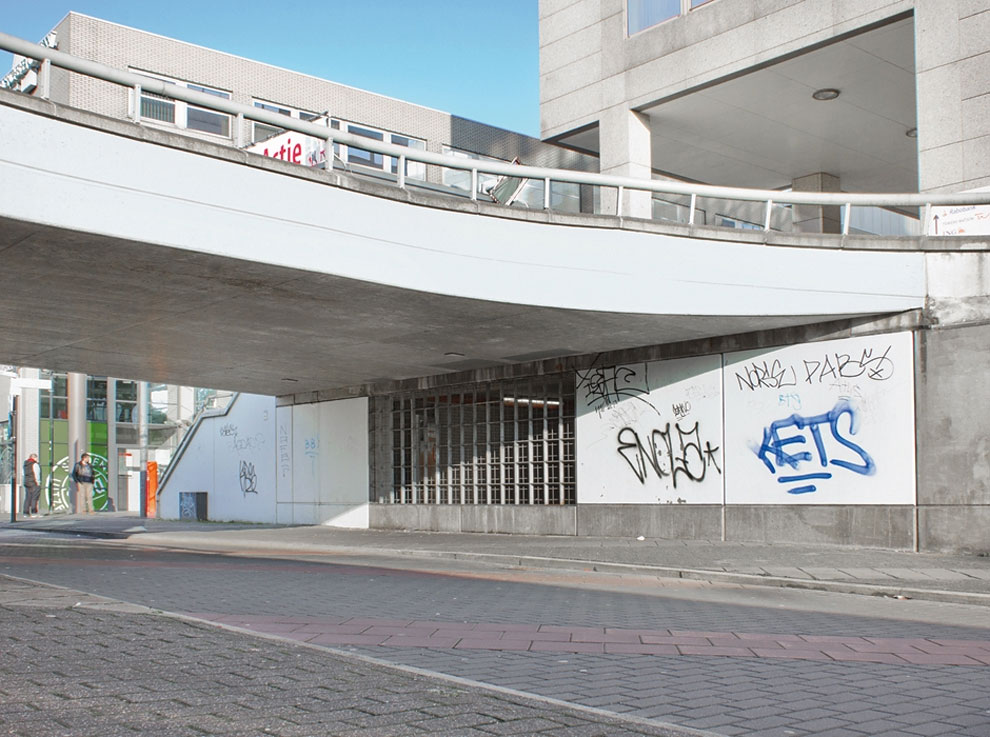 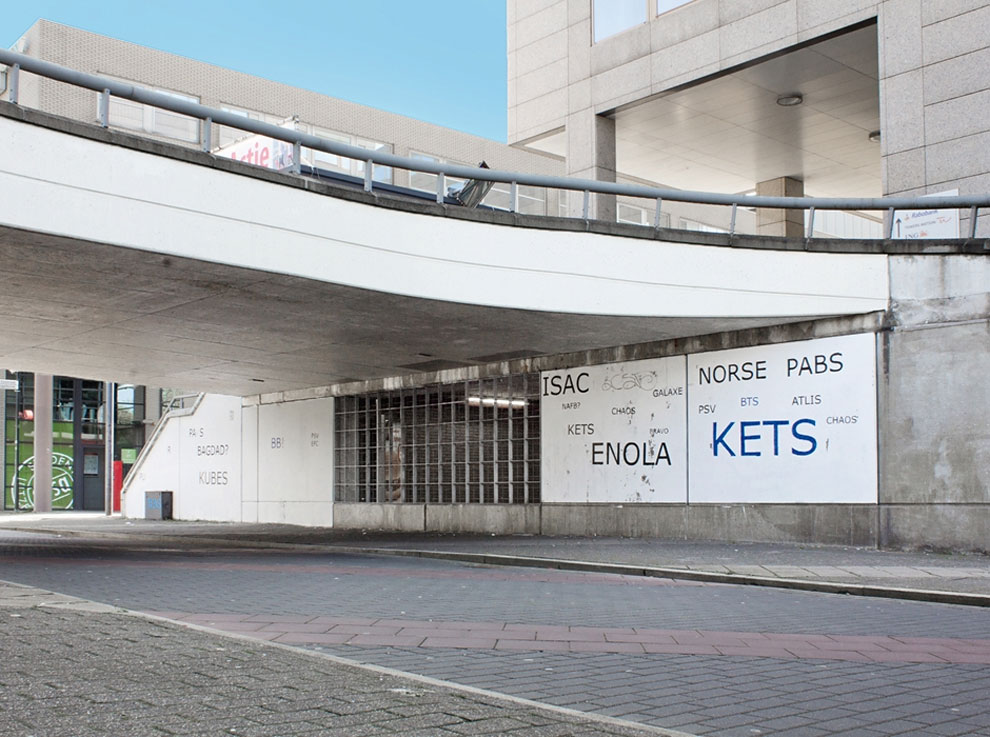 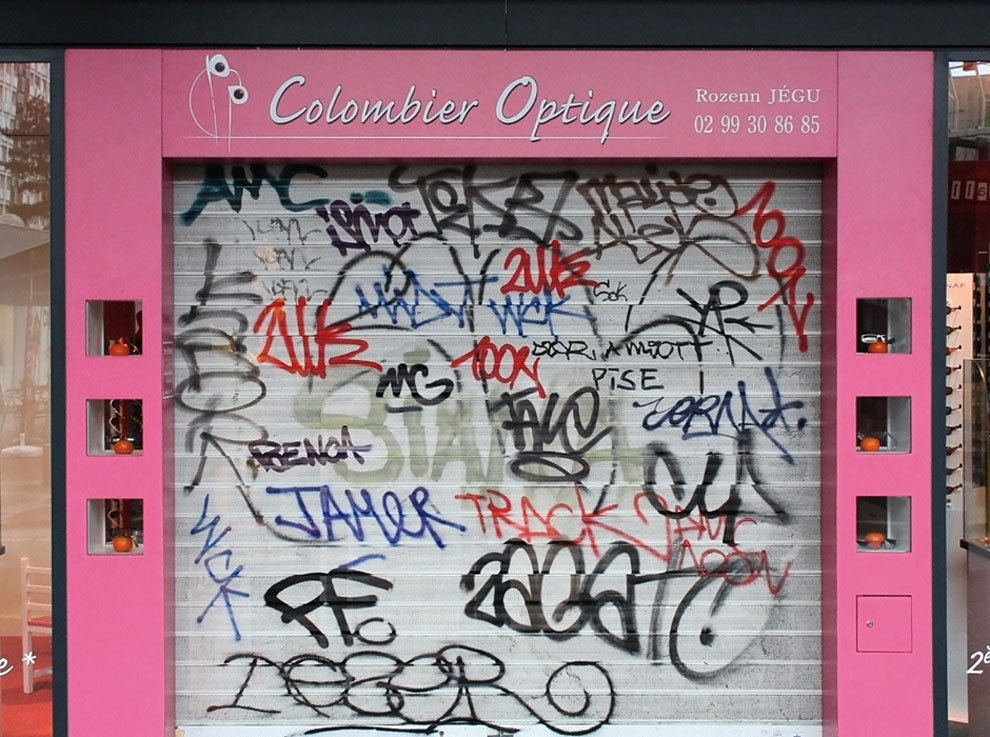 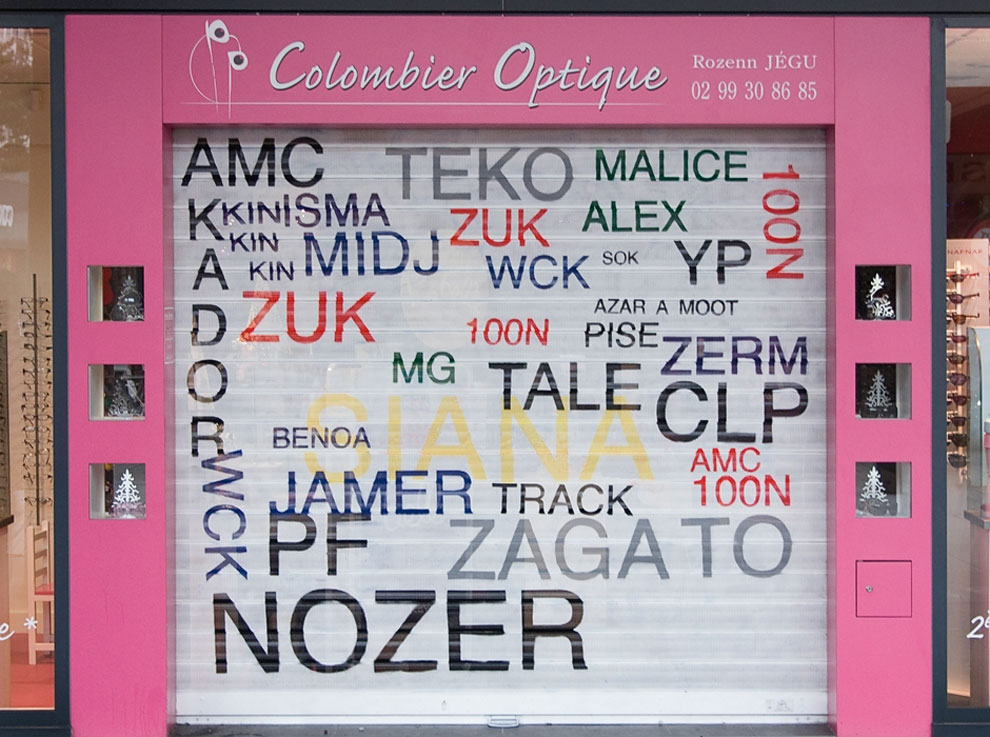 “Tag Clouds principle is to replace the all-over of graffiti calligraphy by readable translations like the clouds of keywords which can be found on the Internet. It shows the analogy between physical tag and virtual tag, both in the form (tagged walls compositions look the same as tag clouds), and in substance (like keywords which are markers of net surfing, graffiti are markers of urban drifting).” – Mathieu told Memefest. 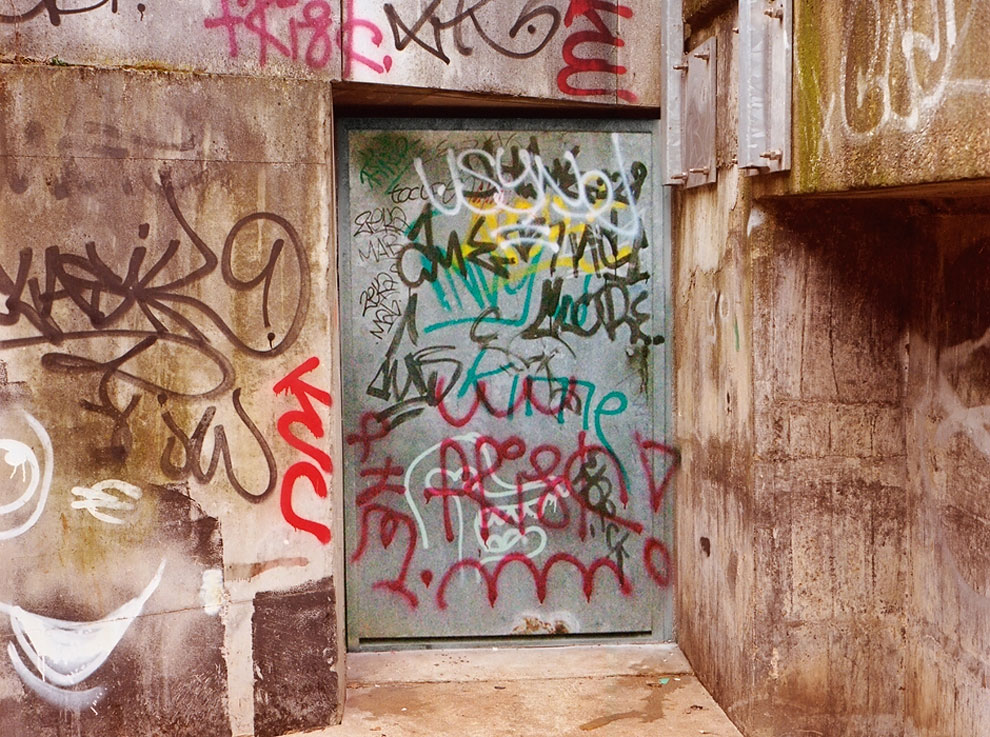 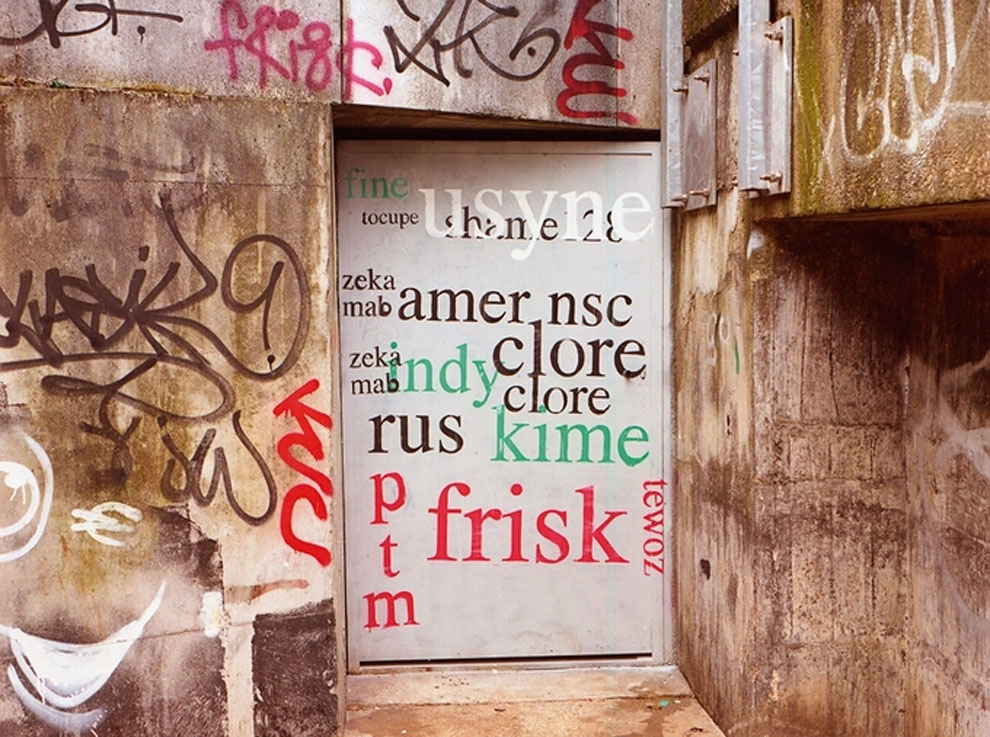 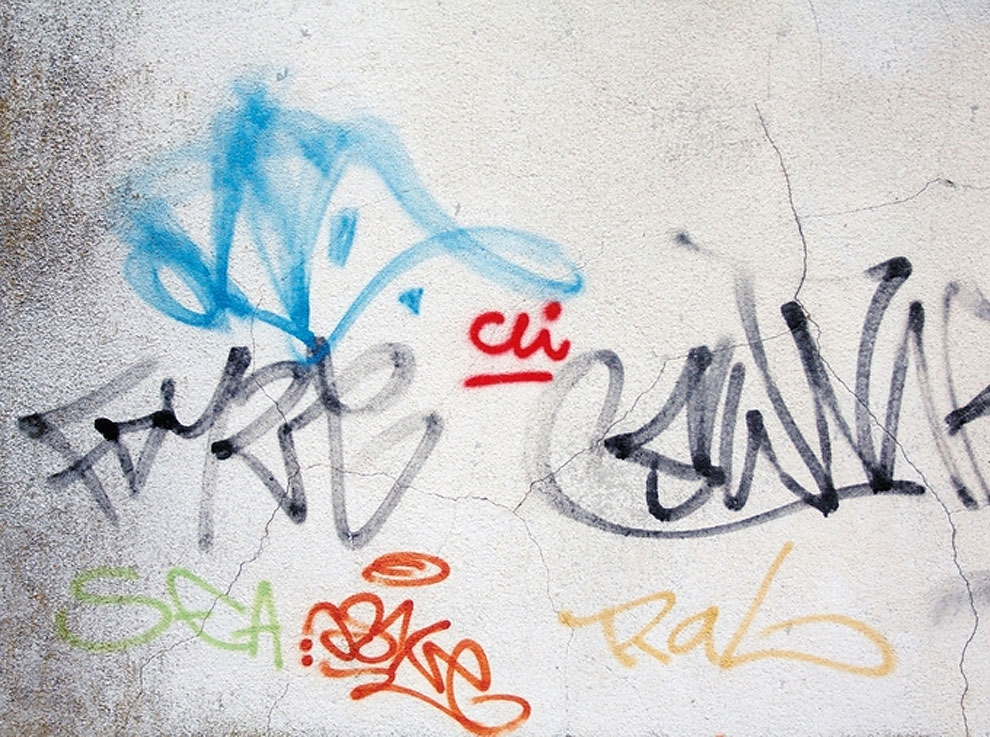 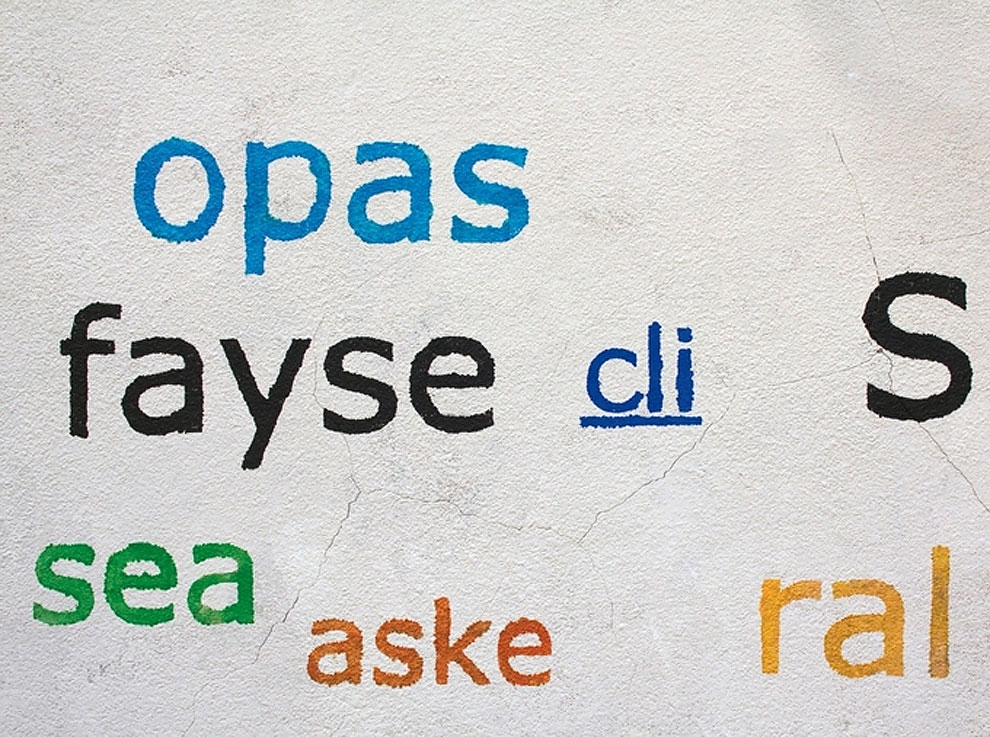 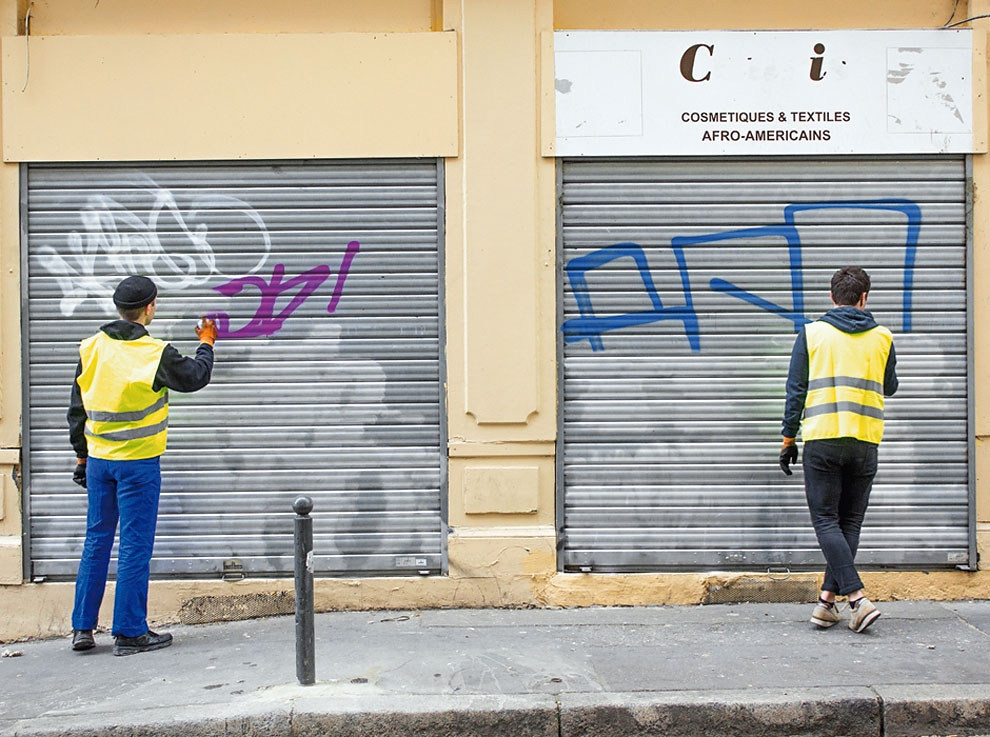 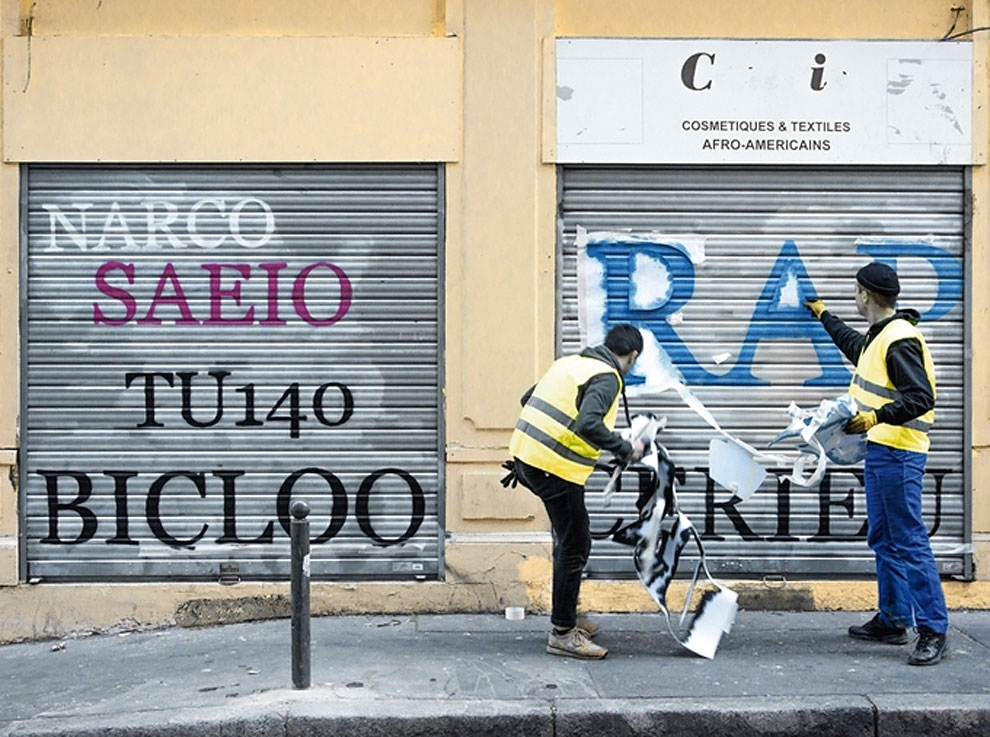 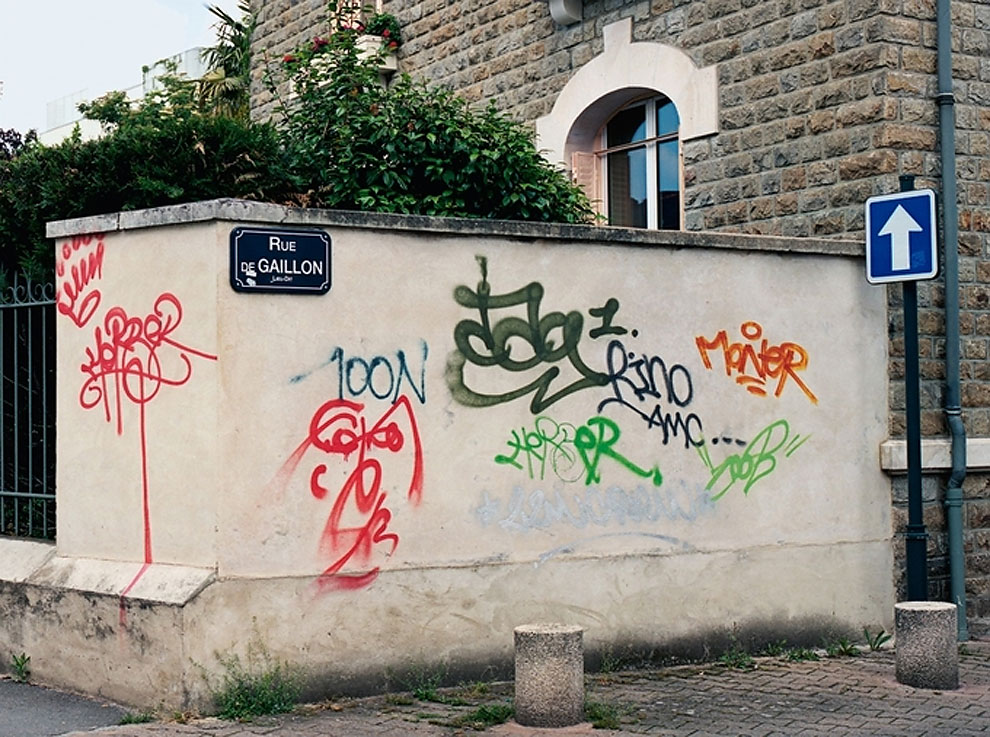 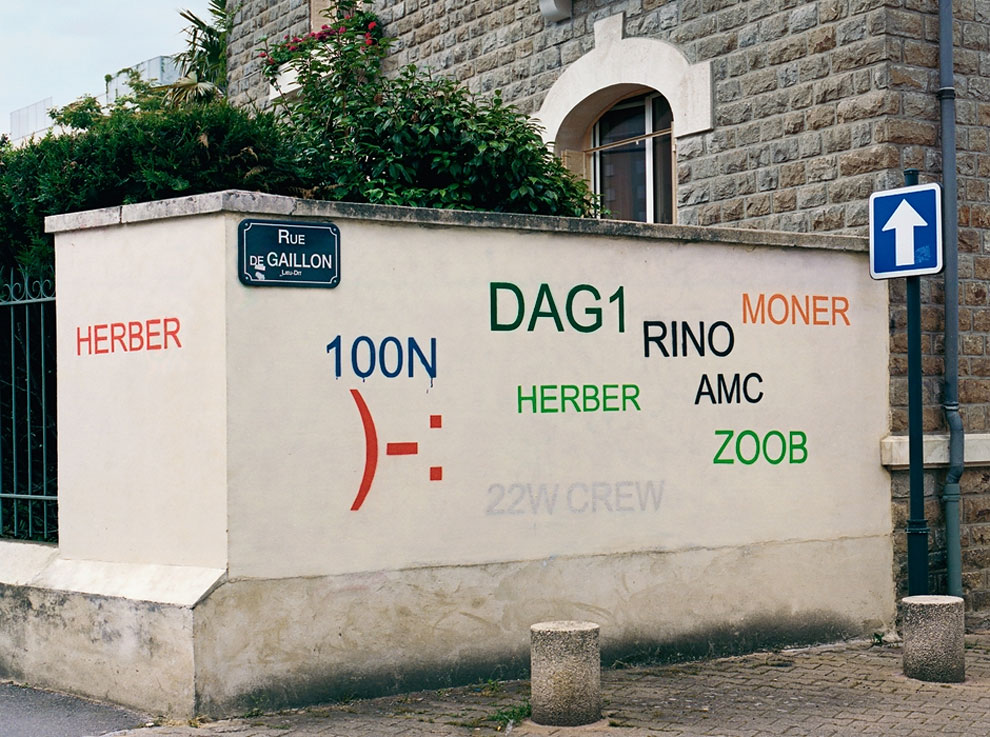 Bec Hill translates “Non Je Ne Regrette Rien” (by Edith Piaf) One-armed ‘clown’ brandishing a machete arrested in Maine
We use cookies to ensure that we give you the best experience on our website. Find out moreI accept