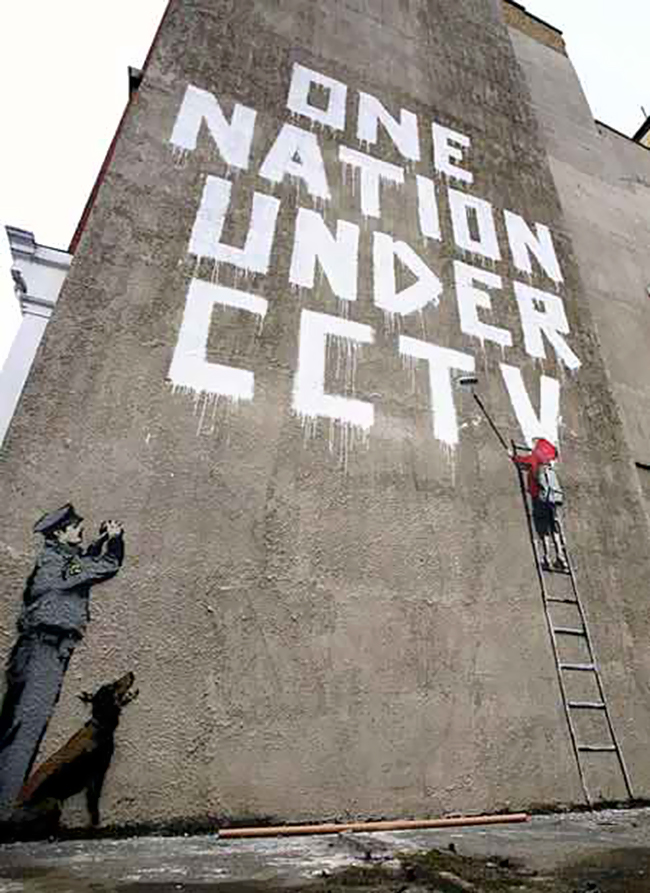 Despite being watched by CCTV

You’re being watched: Despite being observed by CCTV cameras, elusive graffiti artist Banksy managed to create his latest – and biggest – work to date under the cover of darkness 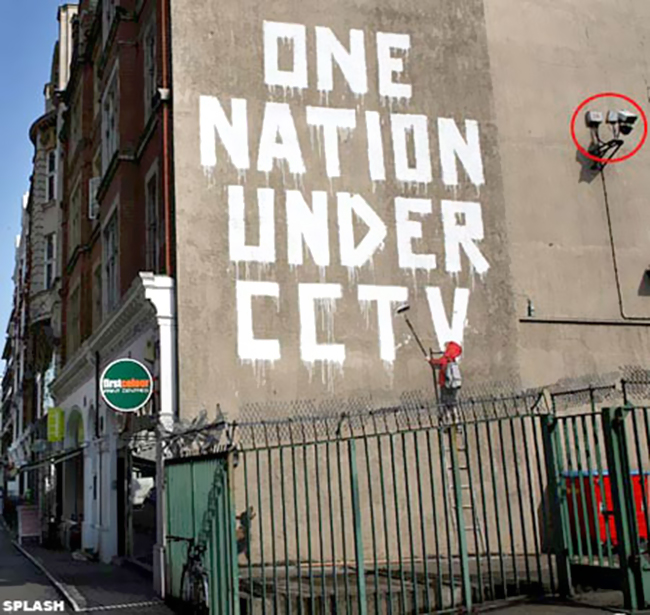 Banksy pulled off an audacious stunt to produce what is believed to be his biggest work yet in central London.

The secretive graffiti artist managed to erect three storeys of scaffolding behind a security fence despite being watched by a CCTV camera.

Then, during darkness and hidden behind a sheet of polythene, he painted this comment on ‘Big Brother’ society.

Yesterday the scaffolding gang returned to remove all evidence – again without the camera operator stopping them.

The work, above a Post Office yard in Newman Street near Oxford Circus, shows a small boy, watched by a security guard, painting the words: ‘One nation under CCTV.’

Andrew Newman, 35, a businessman from Dulwich, who works locally, said: ‘It was only on Sunday morning that the Post Offices guys realised what had happened.’

Found at the Daily Mail.

IKEA decks out Kobe train PadMapper—Apartment and house rental listing Google API
We use cookies to ensure that we give you the best experience on our website. Find out moreI accept