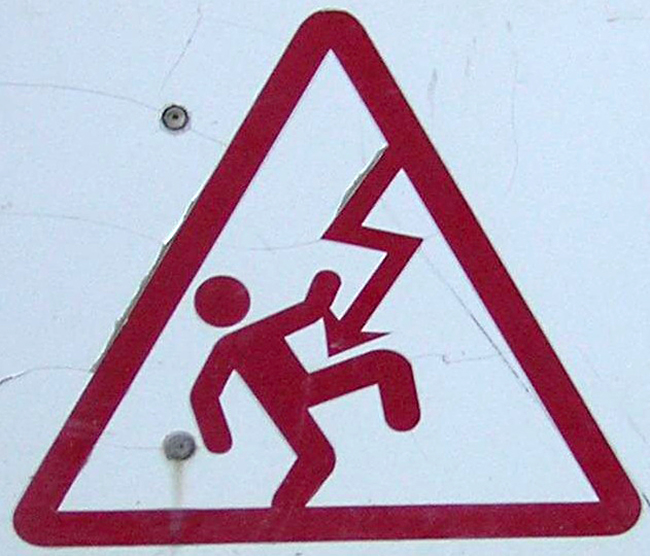 A  Croatian motorbike rider was knocked unconscious when lightning struck his penis during a roadside toilet break.

Metro.co.uk reported Ante Djindjic, 29, escaped relatively unscathed from the incident, suffering only light burns to his chest and arms.

He said: “I don’t remember what happened. One minute I was taking a leak and the next thing I knew I was in hospital.

“Doctors said the lightning went through my body and because I was wearing rubber boots it earthed itself through my penis.”

“Thankfully, the doctors said that there would be no lasting effects, and my penis will function normally eventually.”

That’s just as long as lightning doesn’t stike in the same place twice.

Return Of Devil’s Bible To Prague Draws Crowds Myanmar anti-junta protests biggest in 20 years
We use cookies to ensure that we give you the best experience on our website. Find out moreI accept