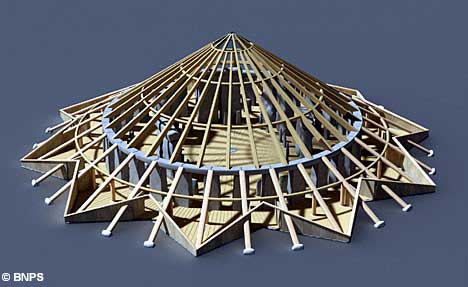 A professional puzzle inventor has solved what he considers the oldest riddle of them all – Stonehenge.
Bruce Bedlam, 56, has built a scale model of the ancient stone circle as he believes it was originally constructed – as a round building.
He believes that the Wiltshire monument was created with a large, domed roof made from wood and covered in wooden tiles.
Bruce believes the siting was significant and the sun would enter the interior at every solstace through one of the ten doors.

Amazing Etch-A-Sketch artist in action Puppies and Flowers : Girl, 2, becomes member of Mensa
We use cookies to ensure that we give you the best experience on our website. Find out moreI accept