A budget tells us what we can’t afford but doesn’t stop us from buying it. 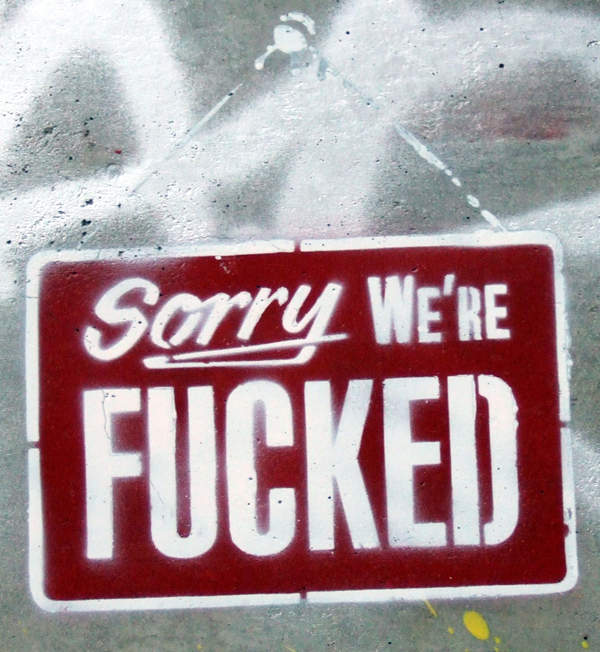 On the same day the BBC reports that $8.7bn is unaccounted for in Iraq, the house passes an emergency $59bn for Afghanistan. What could possibly go wrong?

The audit blamed the inability to account for the money on a number of factors. Notably, it said that most defence department organisations which received DFI funds failed to set up US Treasury Department accounts for the money as required. It also said that there was no central organisation within the defence department which was charged with overseeing how the funds were accounted for or spent.

“The breakdown in controls left the funds vulnerable to inappropriate uses and undetected loss,” the report said.

This is not the first time that allegations of missing billions have surfaced in relation to the US-led invasion of Iraq and its aftermath. In 2005, the inspector general criticised the Coalition Provisional Authority, the US-led occupation administration, for its management of an $8.8bn fund that belonged to the Iraqi government. A criminal investigation conducted led to the conviction of eight US officials on bribery, fraud and money-laundering charges. The latest audit does not include allegations of criminal conduct.

BBC London | A US federal watchdog has criticised the US military for failing to account properly for billions of dollars it received to help rebuild Iraq.

The Special Inspector General for Iraq Reconstruction says the US Department of Defence is unable to account properly for 96% of the money.

The US military said the funds were not necessarily missing, but that spending records might have been archived.

In a response attached to the report, it said attempting to account for the money might require “significant archival retrieval efforts”.

Washington (CNN) | The House of Representatives on Tuesday gave final approval to a nearly $59 billion emergency spending bill, the bulk of which would go toward the U.S. troop buildup in Afghanistan.

MIT software program decodes “lost” languages Lost collection of Ansel Adams photos found at garage sale worth $200 million.
We use cookies to ensure that we give you the best experience on our website. Find out moreI accept