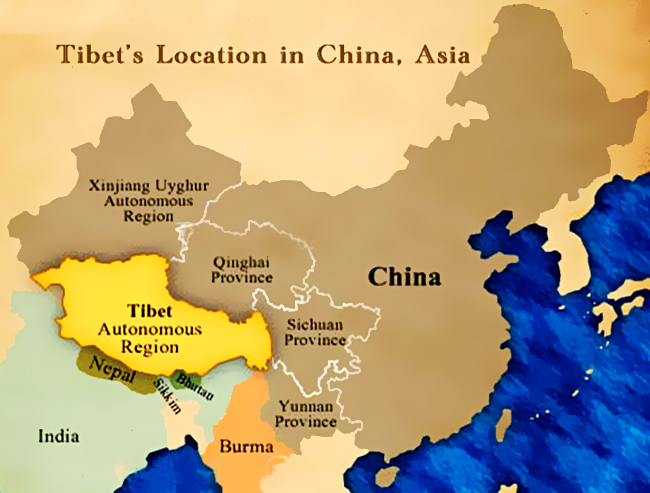 The rules are apparently aimed at empowering China to name the next Dalai Lama when the 14th and current Dalai Lama dies.

The Dalai Lama, 72, fled into exile in India in 1959 after an abortive uprising against Communist rule, but remains the single most important influence in Tibetan life.

The rules, which came into force on September 1, bar any Buddhist monk living outside China from seeking reincarnation for himself or recognising a “living Buddha”.

Reincarnations of about 1000 living Buddhas have been approved in Tibet and Tibetan populated areas of Sichuan, Qinghai, Gansu and Yunnan since 1991, according to a government website.

In 1995, the Dalai Lama and China’s Communist authorities chose rival reincarnations of the 10th Panchen Lama, who died in 1989. The Panchen Lama is the second-highest figure in Tibet’s spiritual hierarchy.

Street Art Paris — A Flickr pool Forget crop circles — try sheep circles…
We use cookies to ensure that we give you the best experience on our website. Find out moreI accept