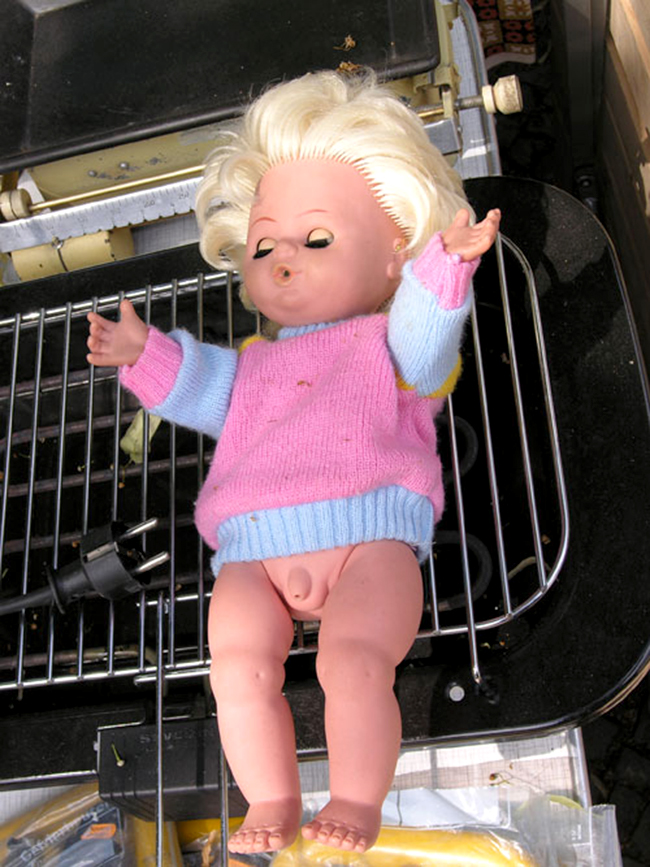 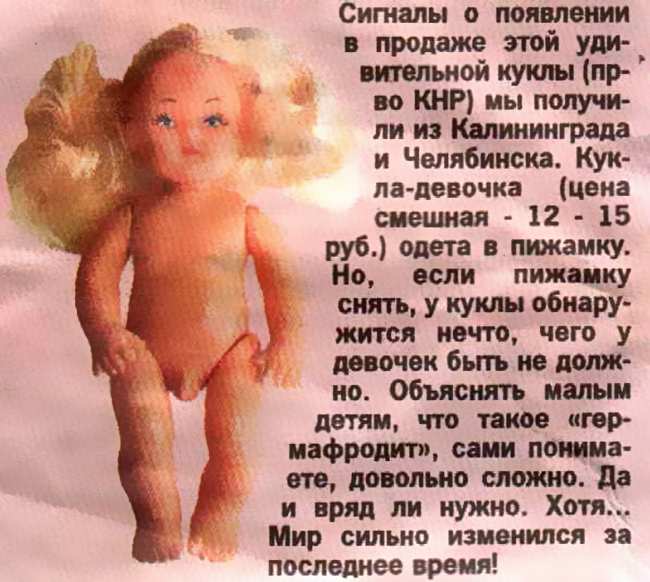 Lately some Russian newspapers post photos of these strange Chinese dolls. You can see the scanned piece of article from one Russian regional newspaper. The reason for the panic is that in Russian children toy stores have appeared strange Chinese dolls looking like a girl-doll but if fully undressed there can be something found that better would suit for a boy-doll.
People demand to ban those dolls from being sold on the territory of Russia and claim that it maybe done on purpose by some evil forces from outside of Russia in order to form a bad perception of female/male orientation from the early age.

Elite German Police Team Track Down Angry Farmer After one year, the code atop of an Adobe Inc. building is cracked