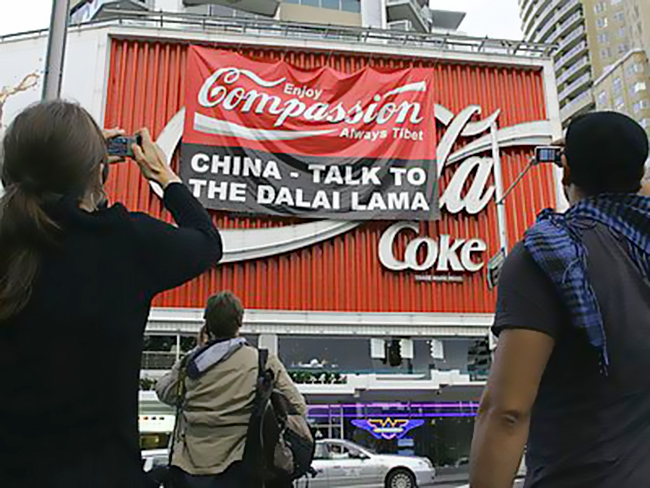 China’s torch has arrived in Australia amid protests in Sydney and Canberra. Four tibet activists were arrested after unfurling a large banner on a prominent Coke billboard in Kings Cross protesting Coke’s sponsorship of China’s tainted torch relay.

Link to Students for a Free Tibet. 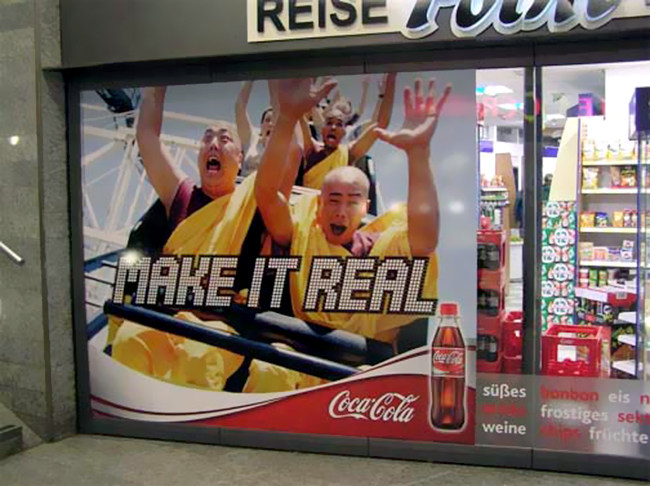 But when this Coca Cola poster in Bremen, Germany, caught the attention of a Chinese Ex Pat blogger, Chinese nationalists called for a boycott too. Coca Cola, in a formal statment, claim the ad was from a 2003 campaign.

Sources: The Guardian and SFT

A history of the ‘F’ word Pink Floyd’s flying pig at Coachella 2008 endorses Obama
We use cookies to ensure that we give you the best experience on our website. Find out moreI accept