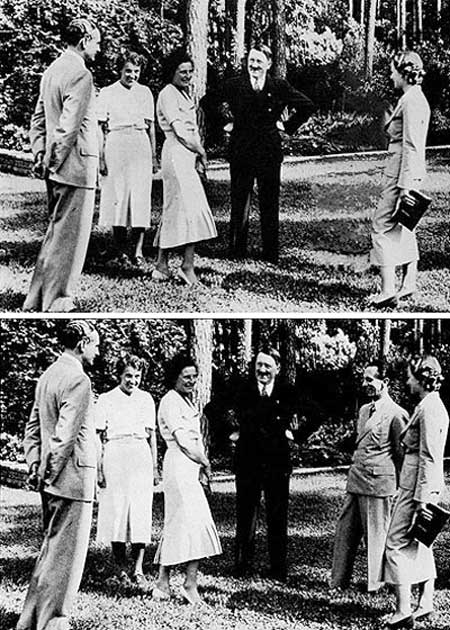 has an interesting slide show of historic photographs that have been doctored.

Shown here: 1937 In this doctored Nazi photograph, Adolf Hitler had Joseph Goebbels [second from right] removed from the original photograph. It remains unclear why Goebbels had fallen out of favor with Hitler.

Alternative link to images and story.

Those were the days, before Photoshop.