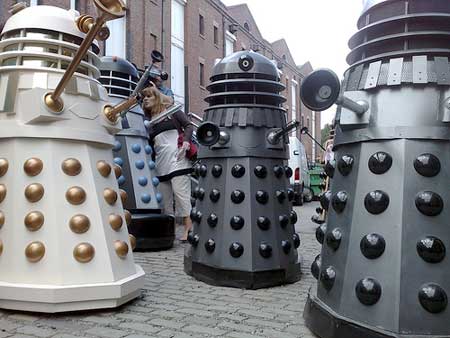 From the BBC:
Daleks in a bid to make world record
A bid to create a new world record and have the biggest number of people dressed up as daleks in one location has taken place in Manchester. The Museum of Science and Industry in Manchester brought together 67 home-made Daleks on Sunday afternoon. 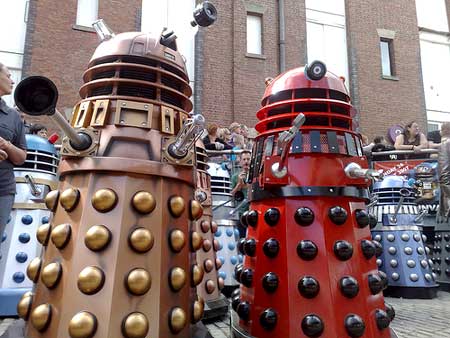 Their original creator, Raymond Cusick, who was there to judge the world record attempt said the initial design 40 years ago was very basic.
The museum is currently featuring an exhibition on Dr Who and the Daleks. An official decision is yet to be announced as to whether the daleks succeeded in the world record bid.

The Great Iraq Swindle The ‘Bubble Baba Challenge’. Wilderness, water and 400 rubber women
We use cookies to ensure that we give you the best experience on our website. Find out moreI accept