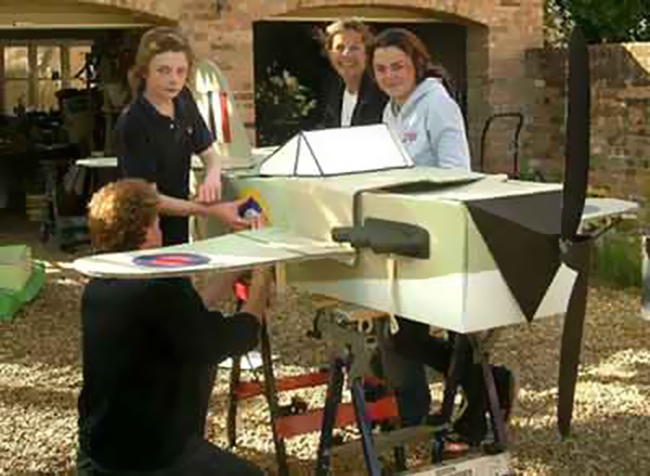 As a proud and courageous RAF pilot, he served with distinction during the Second World War.
And when the time came for Terry Prendergast to make his final sortie, his family wanted him to go in appropriate style.
So they built a coffin in the shape of his beloved Hawker Hurricane fighter plane – complete with cardboard cockpit, wings, propeller and tailplane. 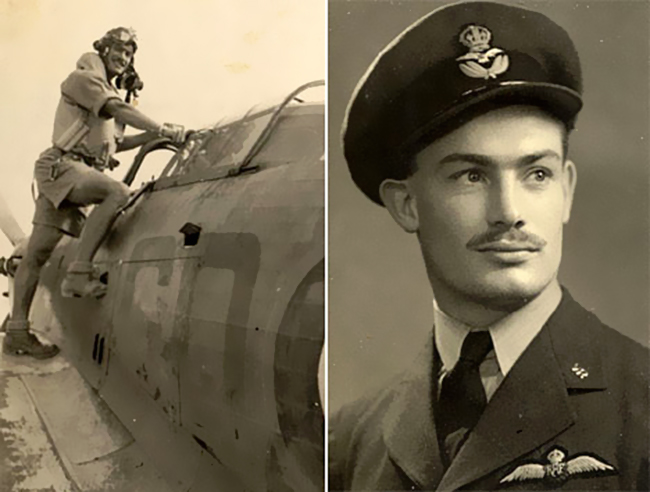 This is sad in so many ways

They even painted it in camouflage colours and wrote on the side 8608 – the number of the plane the flight lieutenant flew in the war. Mr Prendergast was then taken to his local crematorium where his widow Rodica, 83, and four children and ten grandchildren gave him a fitting send-off.

His son Andy Prendergast, 53, a film-maker from London, said: “It was a novelty way to say goodbye to Dad but at the same time it was an act of love. Some people might think it is disrespectful to put your father in a cardboard coffin but Dad would have loved it. If he had been there he would have joined in the building of it and told us which bits should go where. I can tell you the funeral director was a bit taken aback when he arrived.”

“We were thinking about having the Dam Busters music at the service but thought that would be a bit over the top and decided against it.”

After joining the RAF, Mr Prendergast was posted to Burma. He was shot down in 1944 in a Hawker Hurricane after a dogfight with five Japanese planes.He was rescued by villagers in a jungle and then served at an air station nearby before being sent back to Britain. After the war he became a mechanical engineer, married Rodica in 1946 and lived with her in Bradford Peverell near Dorchester, Dorset.

He had an enduring love of flight, and continued to paraglide until he was 82. He died last week aged 85 following a short illness. His family bought a ready-made 7ft x 5ft cardboard coffin for £300 – these are marketed as environmentally friendly alternatives to traditional ones – before customising it. Mr Prendergast jnr – who was helped by his brother Ian, 49, and several younger members of the family – said his father would have approved.

“Dad was a frugal chap. Every single bit of cardboard we used to make the plane he had stored religiously in the garage for future use.”

Link to article with pictures