Guess where those Tibetan Freedom flags are made… 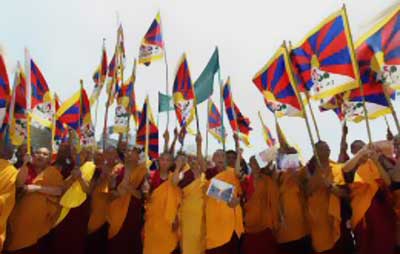 Oh the humanity! From the BBC:

The factory in Guangdong had been completing overseas orders for the flag of the Tibetan government-in-exile.

Workers said they thought they were just making colourful flags and did not realise their meaning.

But then some of them saw TV images of protesters holding the emblem and they alerted the authorities, according to Hong Kong's Ming Pao newspaper.

Pink Floyd’s flying pig at Coachella 2008 endorses Obama Retail Dealer in Opium, Coca Leaves, etc.
We use cookies to ensure that we give you the best experience on our website. Find out moreI accept