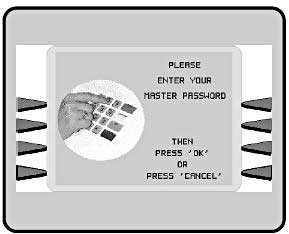 Police in Derry, Pennsylvania are baffled by a June ATM robbery in which an unidentified man wearing flip flops and shorts strolled into Mastrorocco's Market and reprogrammed the cash machine to think it was dispensing dollar bills instead of twenties.

Along with a female accomplice, the crook netted over $1,540 in two visits on June 19 and 20, according to store owner Vince Mastrorocco. "They came in, they hit me the first day — a man and a woman — and they cleaned me out," Mastrorocco told THREAT LEVEL. "Then they came back the next day and cleaned me out again."

A sergeant with the Derry Borough Police Department they're still investigating the crime, and no arrests have been made.

Of course, THREAT LEVEL readers know exactly what happened. The machine was a Triton 9100, and like competitor Tranax, Triton printed its default administrative passcodes in its ATM service manuals, which have been widely available online.  We reported on this last September after a Virginia Beach gas station ATM (a Tranax) got hit with the same hack.

The ATM in the Derry heist was owned by the store, but operated by a company called Cardtronics. COO Mike Clinard says in a statement that it was Mastrorocco's responsibility to change the passcode from its default, which is (I kid you not) 123456.  more

Samoa butterflies quickly evolve and avoid extinction The Scottish Show 07
We use cookies to ensure that we give you the best experience on our website. Find out moreI accept