Larry the Cable Guy gets own ‘Git-R-Done’ beer 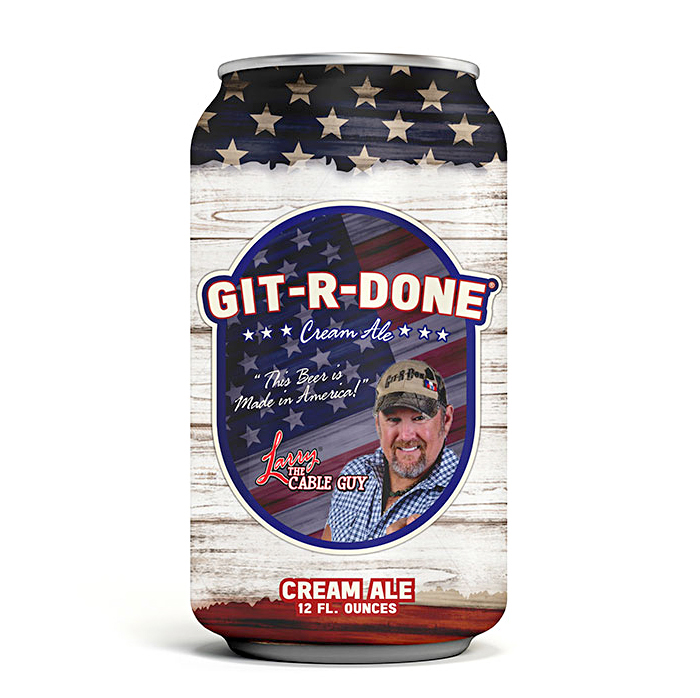 Larry the Cable Guy becomes the latest celebrity to get a craft beer named in his honor.

Now, Carson’s Brewery out of Evansville, Indiana, has announced it’s brewing Git-R-Done beer, a cream ale. “Git-R-Done” is Larry the Cable Guy’s motto (and also the name of his book, the title of one of his stand-up shows, and a logo on his own line of gear).

“Larry the Cable Guy represents the nuts and bolts of the heartland of America,” brewery owner Jason Carson tells CraftBeer.com.

Carson says the comedian (whose name off-stage is Daniel Lawrence Whitney) is a big beer fan, and his rep reached out to Carson’s to see if they’d be interested in partnering with him. The brewery worked up a few recipes for him to sample, and they landed on the cream ale as the favorite.

This is the brewery’s first wide release of a cream ale. The Indiana brewery has seven core beers that distribute to seven Midwest states.

We asked what motivated the partnership, and Carson’s says they were definitely working the humor angle with Git-R-Done beer.

“Our partnership is our way of bringing a smile to the face of every American during these unsettled times,” Carson says.

The can art for Git-R-Done Cream Ale features the comedian in front of an American flag with “This beer is made in America!” inscribed on the front of the label.

A must have accessory for any self-respecting fashionista Legendary Landmark Scams: For Sale: The Brooklyn Bridge