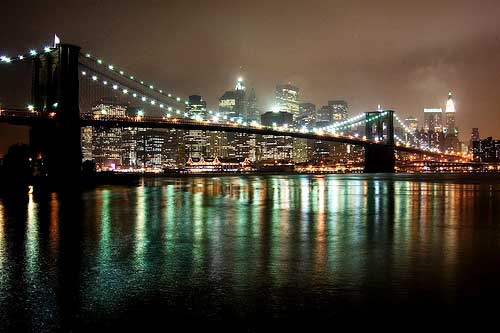 Background: Not long after the Brooklyn Bridge was completed in 1883, a shifty 20-year-old named George C. Parker decided on a whim to see if he could “sell” it to an unsuspecting tourist. He did. In fact, it was so easy that he tried it on someone else a few days later and pulled it off again. He dropped his other cons and went into Brooklyn Bridge sales full-time.