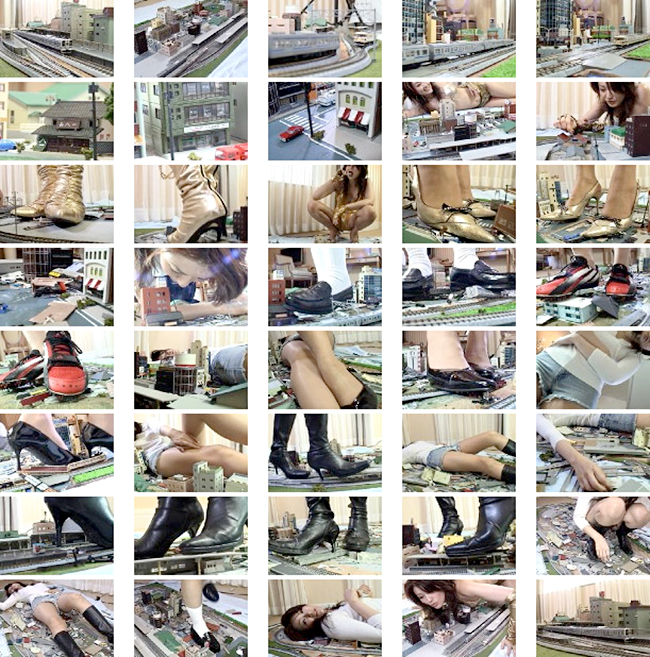 There’s a shop in Akiba, Japan which is devoted to almost any kind of fetish under the sun (and more than a few behind closed doors, as well. Among the more interesting DVDs they have is one named, appropriately enough, “Crush” by Venus, produced by Gagon. It’s a DVD series dedicated to model train crush fetishists.

Seems that the “crush fetish” started in the USA where women would pose as they crushed insects or worms with their bare feet, or high heeled shoes. But the Japanese took it in a different direction when they switched to Otaku products like model trains or die cast cars.

It’s an interesting testament to the kind of attachements (call them fetishes if you will, but even beds are fetishistic) we’re developing with the mechanical and electronic devices we rely on in our daily lives. As an example, I’m frequently aware of getting intrigued (ahem) when I see a woman checking her blackberry, on the train.

Beppe Grillo, Italian satirist’s “Vaffanculo-day” (or F-off day) to old, jaded politicians Anger management student assaults bus passengers with his anger management materials, on his way to anger management class
We use cookies to ensure that we give you the best experience on our website. Find out moreI accept