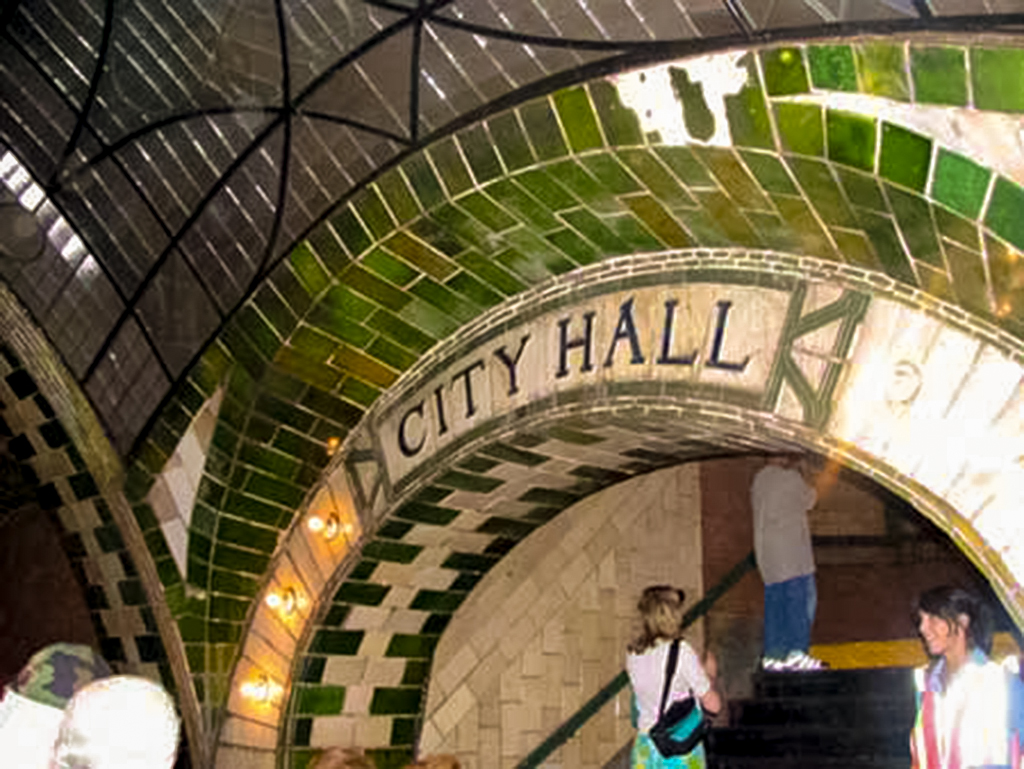 The New York City Subway system officially opened on October 27, 1904 at the City Hall Station. It was the final stop on the downtown Lexington Avenue IRT local #6 train. It is situated under City Hall Park.

It was closed because as the subway became more popular, extra cars had to added but the tight radius of the platform meant there were large gaps between the train and the platform.

The skylights are made out of cut amethyst glass. The chandeliers and lights originally featured glass luminaires but vibrations from the subway and its equipment destroyed them.

The New York Transit Museum is operating three day-long Nostalgia Train excursions in 2010. Would you be interested in receiving additional information?

The first Nostalgia Train on June 6, 2010 is a fan trip offering numerous photo stops using the 1917 Lo-Vs. These subway cars most closely resemble those that operated when the subway opened in 1904.

The second on July 31st uses the R 1/9 pre WWII subway cars with a trip to Coney Island for a day at the beach or additional rides on-board the train.

The third on August 21, 2010, offers a double dose of Nostalgia. The R 1/9 subway cars travel to the Rockaways where select vintage buses from the Museum Fleet c. 1940s and c. 1950s will offer bus rides before returning at the end of the day.

I can be reached at roxanne.robertson[at]nyct.com

Thank you in advance for reviewing this material.