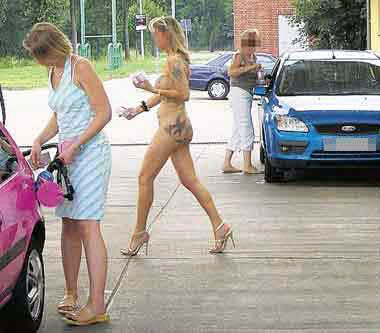 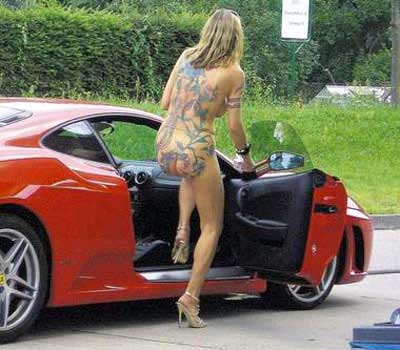 A mysterious blonde paid a visit to a petrol station shop in the small eastern German town of Doemitz on Sunday — wearing nothing but a pair of golden stilettos and a thin gold bracelet.

The tall, slender woman strolled into the shop in the town of Doemitz on the warm afternoon and bought cigarettes, petrol station employee Ines Swoboda told Reuters on Monday.

“I wasn’t surprised because she’s come in naked before — she’s a very nice woman,” Swoboda said, adding none of the other customers was bothered. The woman could have faced charges of creating a public disturbance if anyone had complained.

A quick-witted customer did, however, snap pictures of the woman believed to be about 30 years old as she walked back to a waiting Ferrari and climbed into the passenger seat. Several of those photos appeared in the German media on Monday.