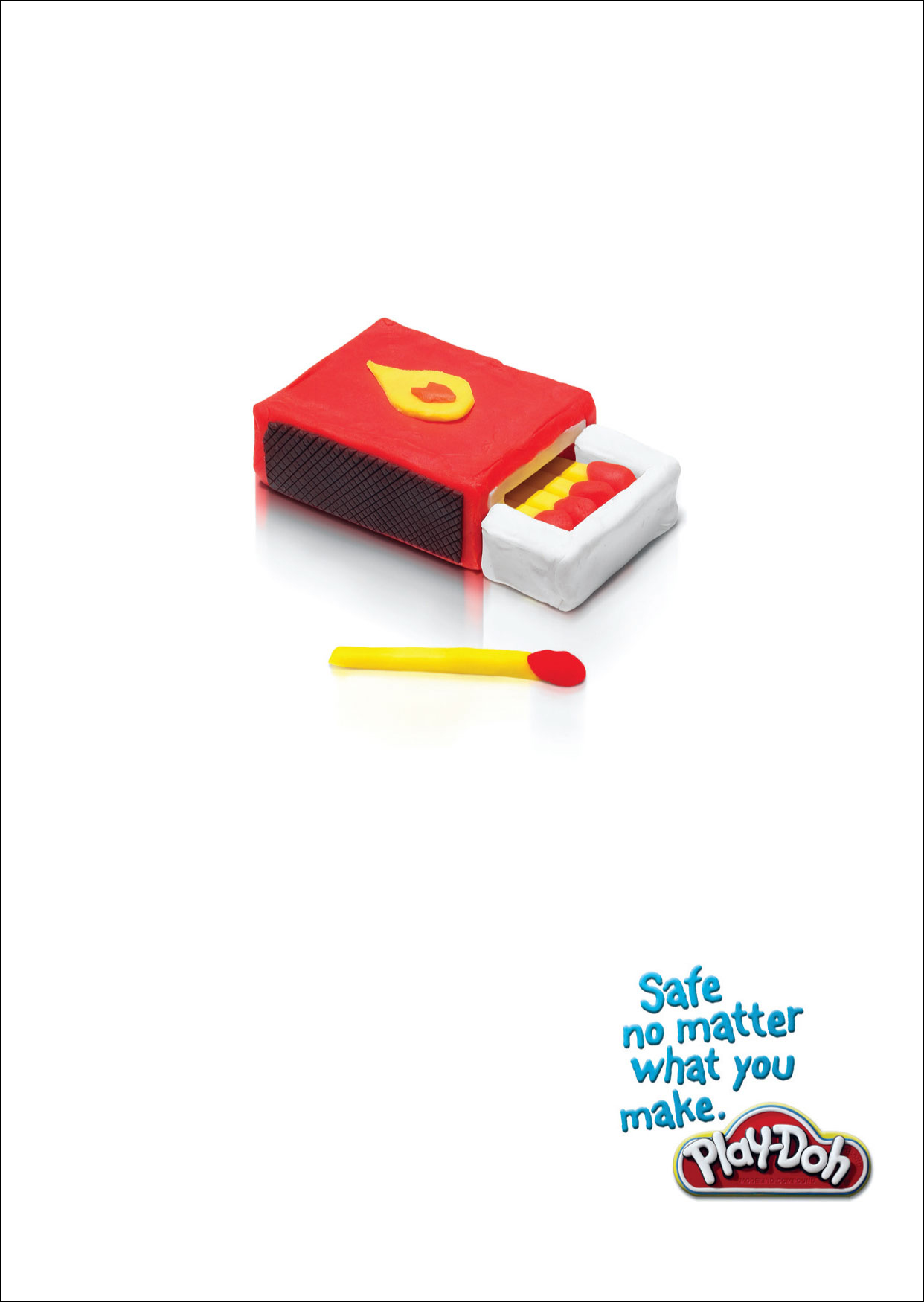 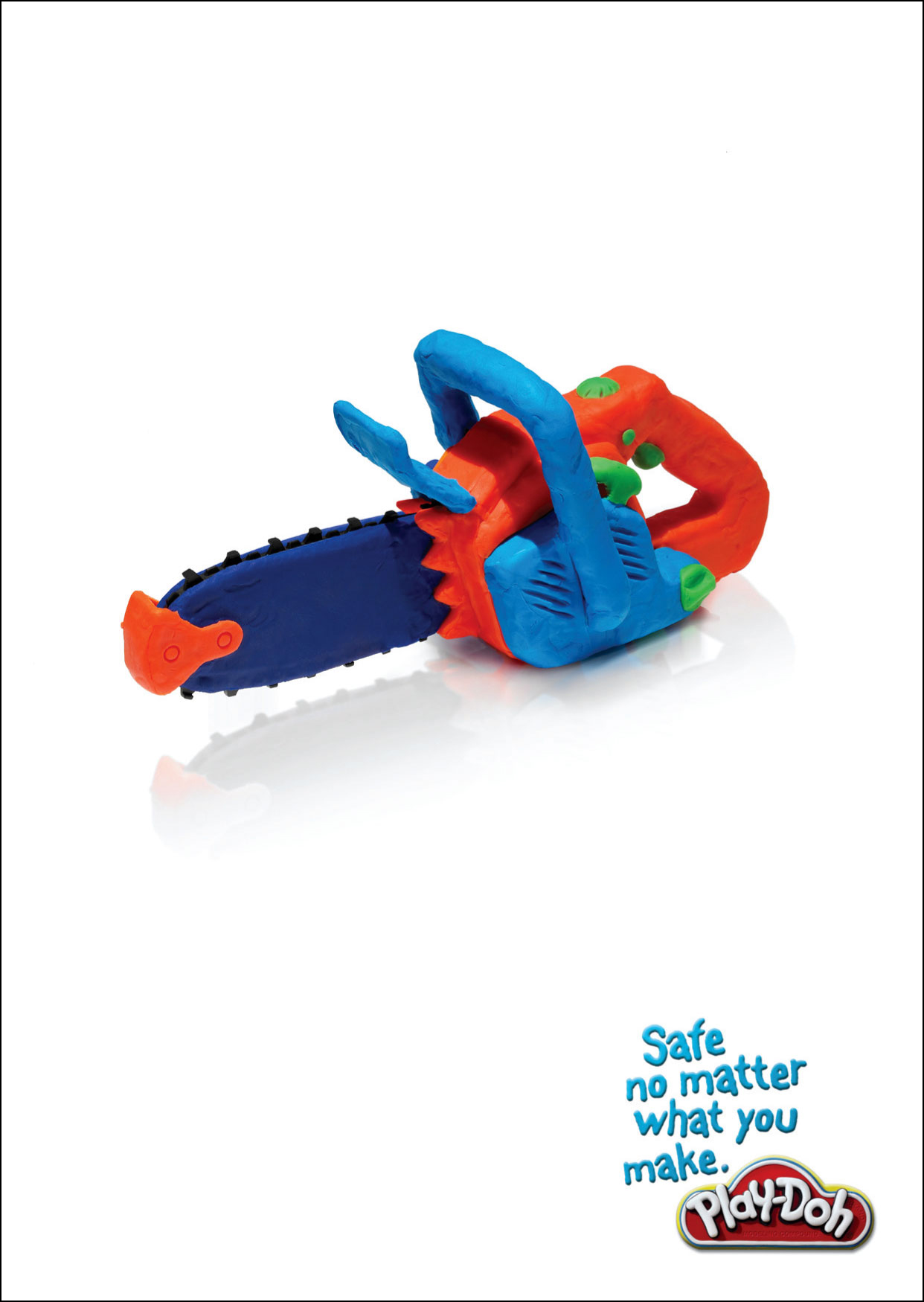 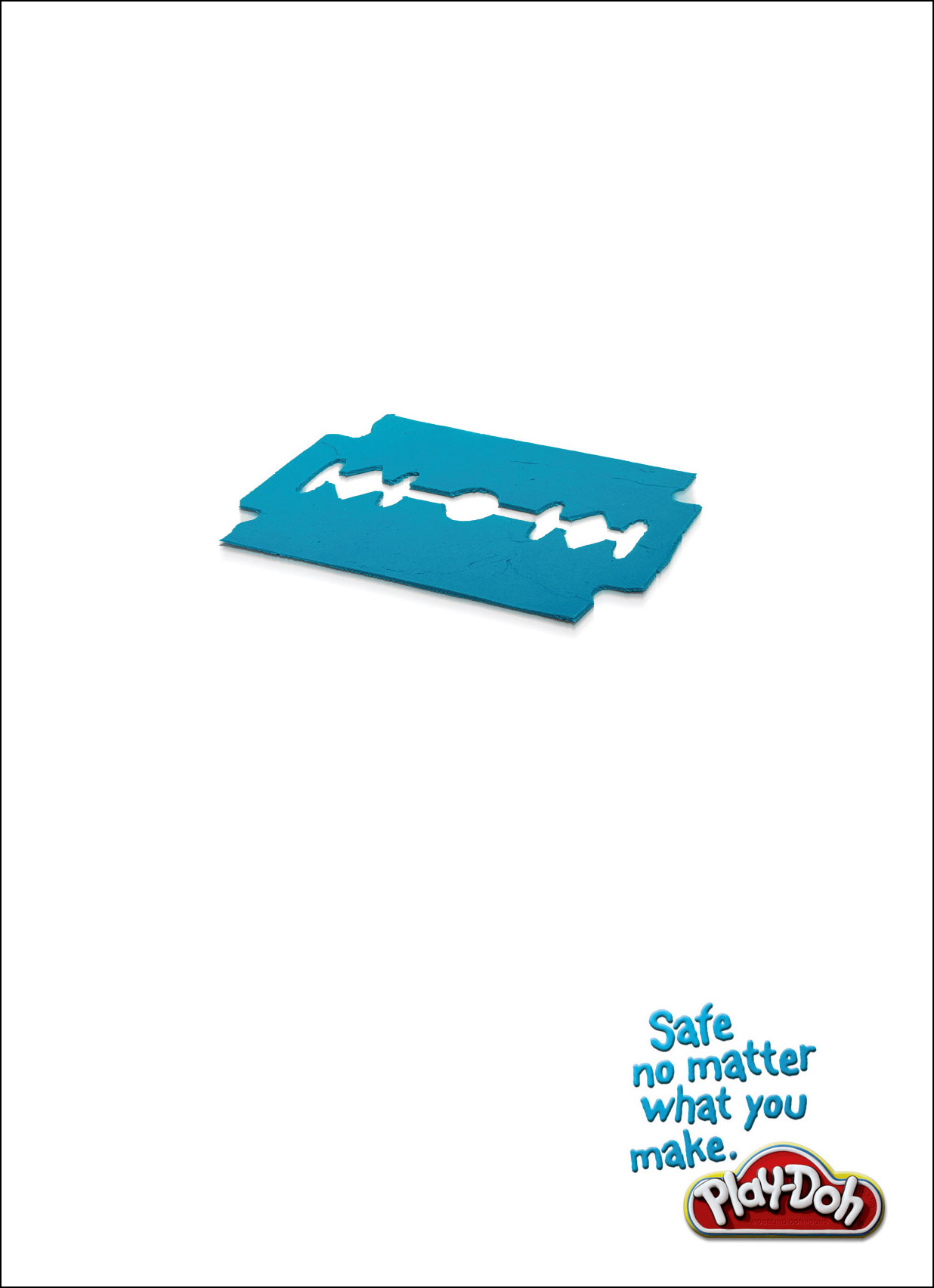 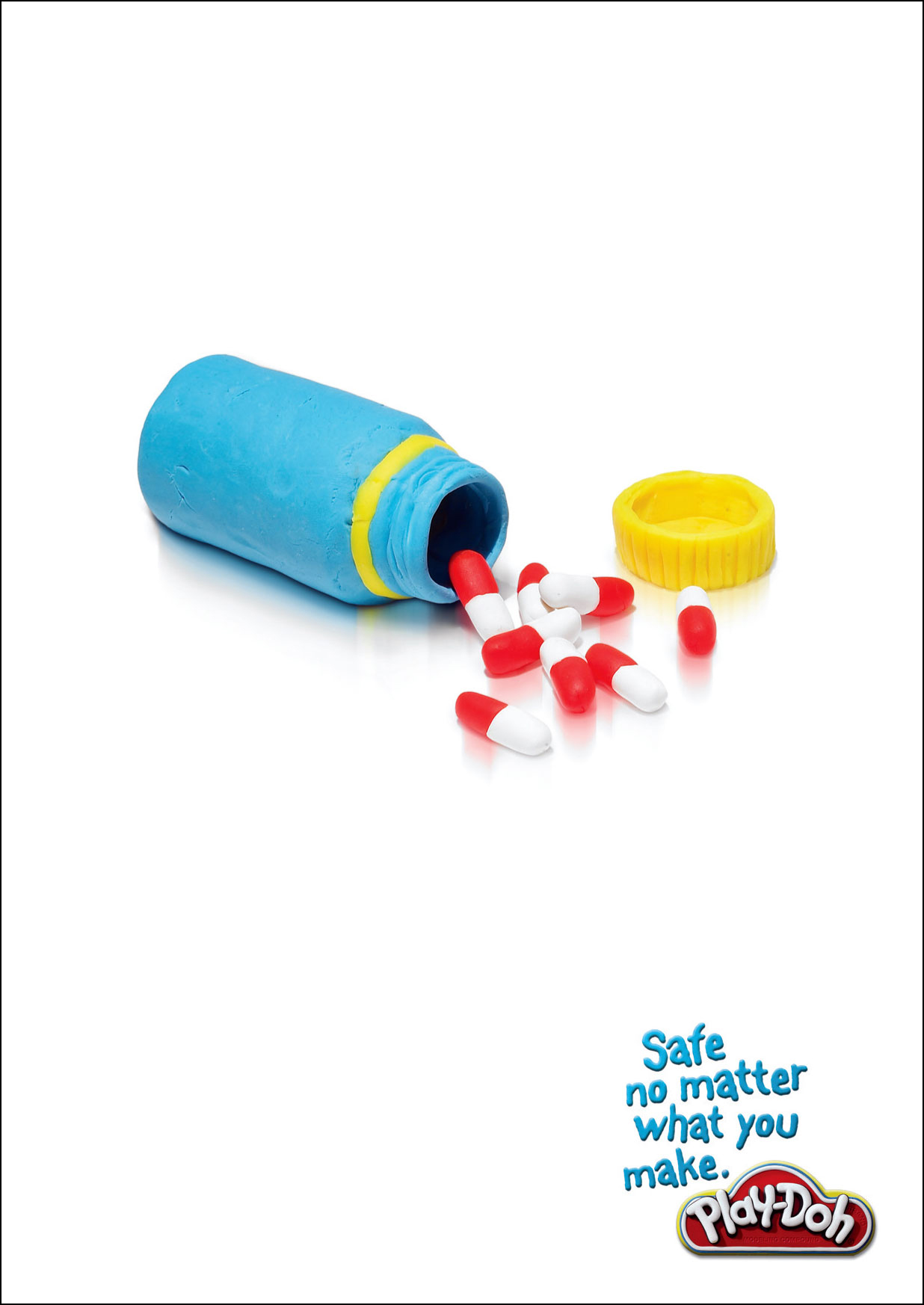 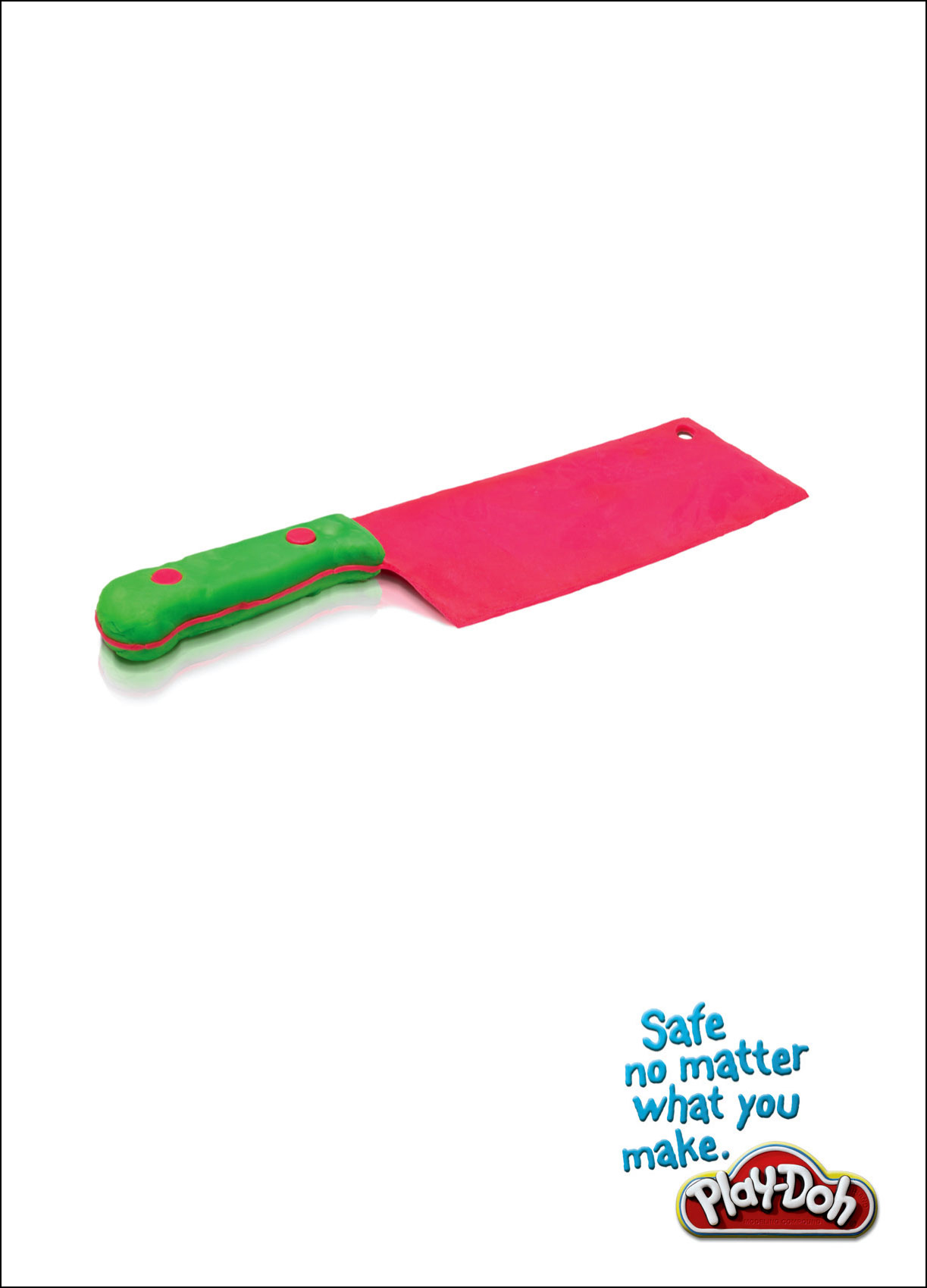 All I could find on these ads:

Apparently ad agencies bend the rules by creating illicit ad campaigns that the agency can submit for awards. According to Hasbro, such is the case for these Play-Doh ads that ran in a 2009 issue of a magazine called Navigator in Singapore. Hasbro found out about the ads and managed to get them blocked from being accepted for consideration on the awards circuit. This was despite the fact that an employee at Hasbro’s Singapore office approved the ads’ publication.

Personally, I like them. While they may cater to a more adult audience, one that gets the tongue-in-cheek humour, they still portray the essence of Play-Doh. Safe no matter what you make.