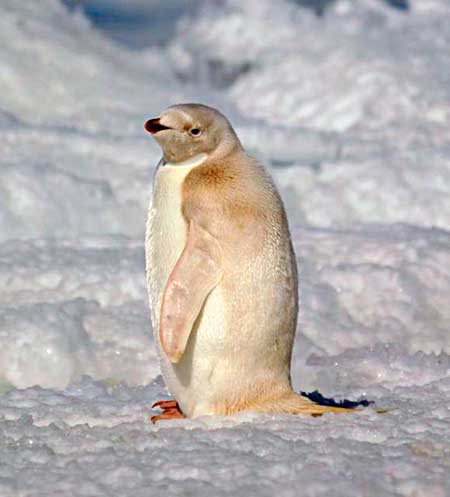 The sighting of a rare penguin has excited researchers newar Mawson Huts in Antarctica.

An adult, unpigmented Adelie penguin was photographed near Granholm Hut on Sunday.

Penguins lacking pigmentation are referred to as "leucistic" and don't usually survive until adulthood because they attract predators and don't breed.

Australian Antarctic Division biologist, Rhonda Pike, says only one penguin with the genetic defect has been detected over a number of breeding seasons in a population of 4,000 Adelies.

"We have a population of tagged birds out there and we've never tagged any of the leucistic birds," said Ms Pike.