Putting the ‘fun’ in ‘funeral’… 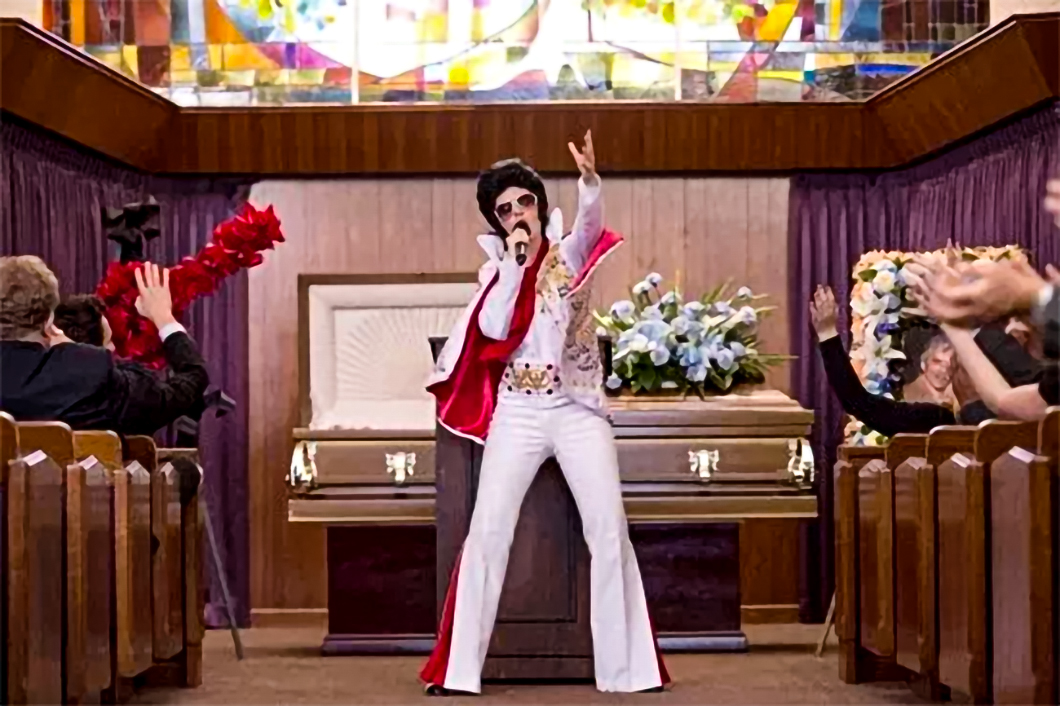 BARTONVILLE, Ill. (AP) _ The owners of Endsley Funeral Home in Bartonville wanted to celebrate the 80th anniversary of the business by putting a little “fun” into “funeral.” So, for their open house Saturday, they put a replica of Elvis Presley‘s 650-pound casket on display and hired Elvis impersonator Dave Stovall to dance around it and sing a few of the King’s most famous songs.

Stovall said he was so impressed by the casket he wanted to lie down in it for a while.

Embalmer Stephanie Van Oppen explained the apparent irreverence by saying the staff wanted people to have fun at the funeral home for once, and get to know that its employees aren’t creepy and weird.

We can change what they do — Funny Amnesty Int. Ad Making raisins…