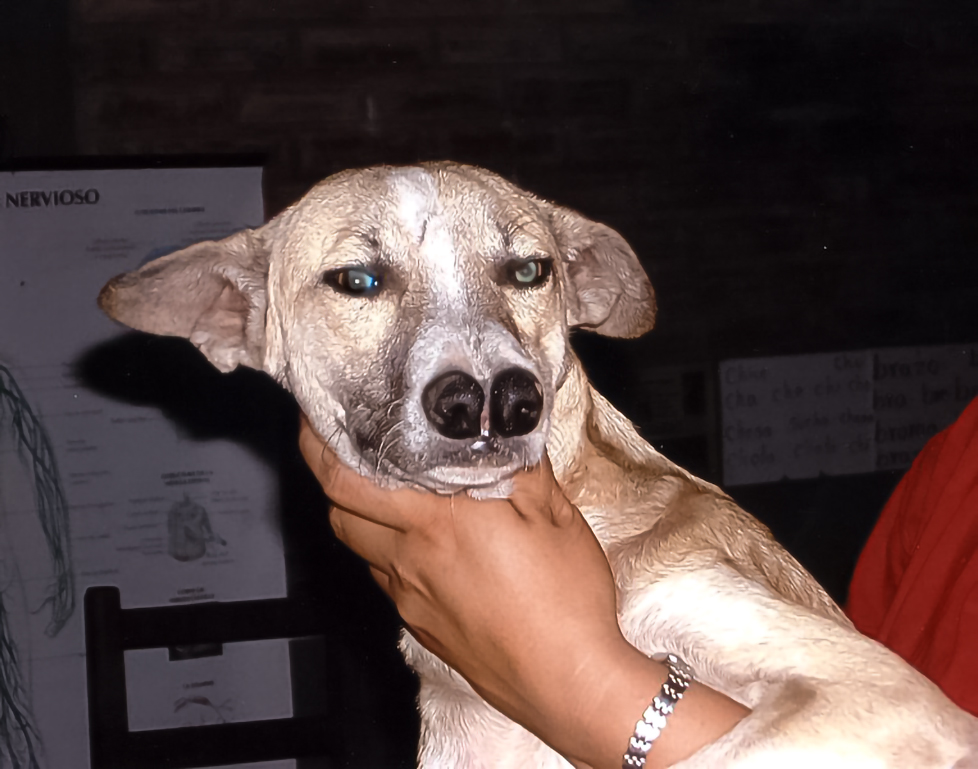 Xingu is said to be intelligent and fond of salty biscuits

Explorer Colonel John Blashford-Snell has had close encounters with vampire bats and angry bees, but his latest brush has been with a rather odd dog.

He spotted a rare breed of Double-Nosed Andean tiger hound, which has two noses, on a recent trip to Bolivia.

The chairman of the Scientific Exploration Society said the dog, named Xingu, was “not terribly handsome”. 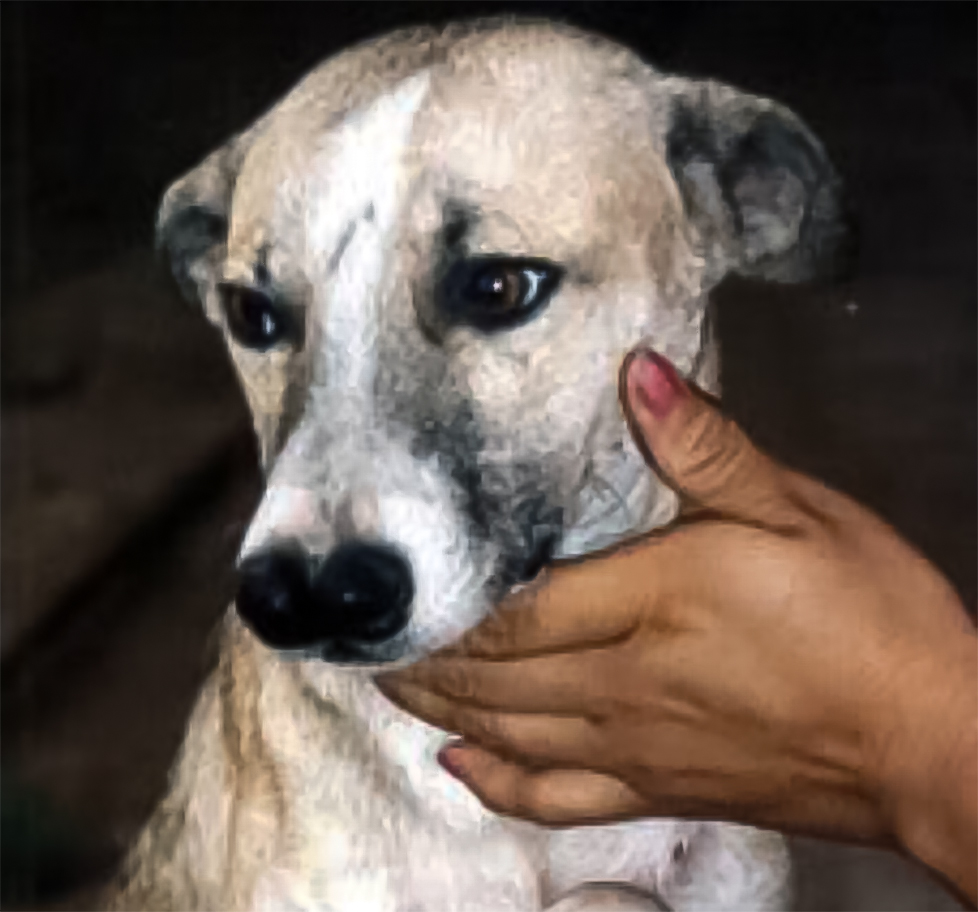 He said: “This breed could be used for sniffing out mines or narcotics because they have an enhanced sense of smell.”

Colonel Blashford-Snell first encountered a Double-Nosed Andean tiger hound called Bella in 2005 when he was carrying out reconnaissance for this year’s expedition in the area near Ojaki.

He said: “While we were there, sitting by the fire one night, I saw an extraordinary-looking dog that appeared to have two noses.

“I was sober at the time, and then I remembered the story that the legendary explorer Colonel Percy Fawcett came back with in 1913 of seeing such strange dogs in the Amazon jungle.

“Nobody believed him, they laughed him out of court.”

He’s very intelligent and with a wonderful sense of smell, as you might think
John Blashford-Snell

The dog seen two years ago was Bella, and on a second trip to the area, which began in May and has just ended, the explorer discovered her son Xingu in the village of Ojaki.

He had just produced a litter of puppies with a bitch that had a single nose.

Two of their offspring had double noses, and two had the normal quantity, but the double-nosed pups died after three days.

A veterinary expert with the group examined Xingu to see if he had a cleft palate, but this was not the case.

“There is a chance that these dogs came from a breed with double noses that’s known in Spain as Pachon Navarro, which were hunting dogs at the time of the Conquistadors,” said Colonel Blashford-Snell.

“I think it’s highly likely some of these were taken to South America and they continued to breed. They’re good hunting dogs.”

He added that Xingu was “quite an aggressive little chap” who stood about 16 inches in height and loved salt biscuits but “wasn’t a terribly handsome dog”.

Xingu’s best friend is apparently a wild pig called Gregory, and the two animals “rule the roost” in their village.

“Other dogs snarl at Xingu, because they can sense he’s different. He’s the smallest dog there but he sees the other dogs off,” Colonel Blashford-Snell said.

“He’s very intelligent and with a wonderful sense of smell, as you might think.

“The Bolivian Army came and took DNA samples because they’re interested in the breed. He’s not the only dog like this, there are others in the area.”

The Scientific Exploration Society was in Bolivia to investigate a shallow crater about five miles in width.

According to Colonel Blashford-Snell, he has now found evidence that this was caused by a giant meteorite, which struck the Bolivian Amazon Basin up to 30,000 years ago.

He says he has found evidence of human habitation within 50 miles of the blast zone, and believes these people were wiped out as a result of the meteor’s impact.

The explorers also carried with them a church organ from Dorset as a gift to local Bolivians in order to secure their help with finding the meteorite.

Electric scooter zips along nicely for pennies per mile George Bush’s tribute to Frank Zappa!
We use cookies to ensure that we give you the best experience on our website. Find out moreI accept