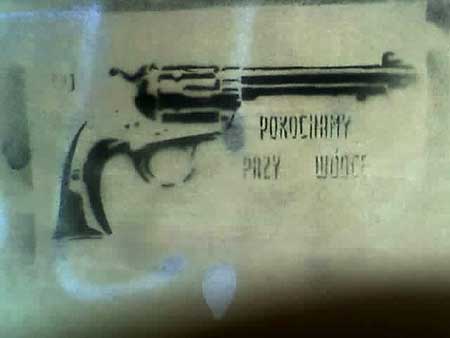 Photo: kuba.wawa (Russian roulette, sex and vodka. Nothing to do with article)

Moscow – A Russian region of Ulyanovsk has found a novel way to fight the nation's birth-rate crisis: It has declared Sept. 12 the Day of Conception and for the third year running is giving couples time off from work to procreate.

The hope is for a brood of babies exactly nine months later on Russia's national day. Couples who "give birth to a patriot" during the June 12 festivities win money, cars, refrigerators and other prizes.

Ulyanovsk, about 550 miles east of Moscow, has held similar contests since 2005. Since then, the number of competitors, and the number of babies born to them, has been on the rise.

Russia, with one-seventh of Earth's land surface, has just 141.4 million citizens, making it one of the most sparsely settled countries in the world. With a low birth rate and a high death rate, the population has been shrinking since the early 1990s.

In his state-of-the-nation address last year, President Vladimir Putin called the demographic crisis the most acute problem facing Russia and announced a broad effort to boost Russia's birth rate, including cash incentives to families that have more than one child.

Ulyanovsk Gov. Sergei Morozov has added an element of fun to the national campaign.

Public Domain Movies — Nosferatu Exploding ceramics
We use cookies to ensure that we give you the best experience on our website. Find out moreI accept