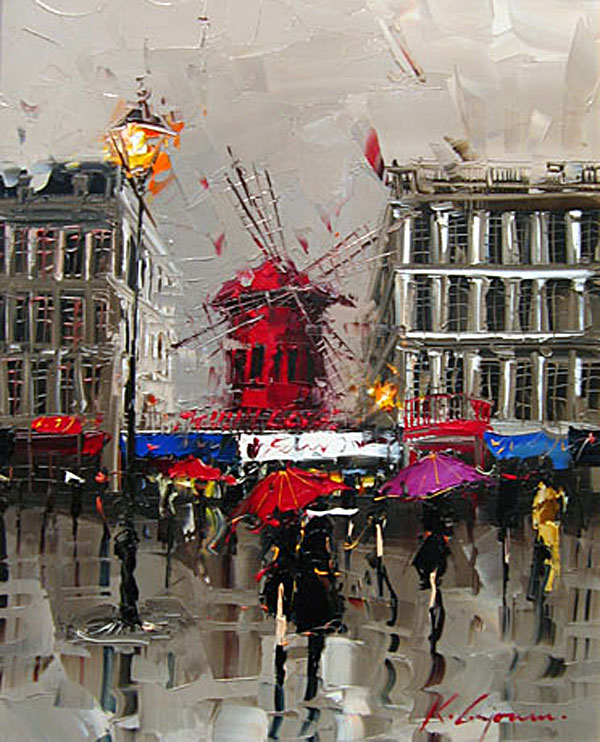 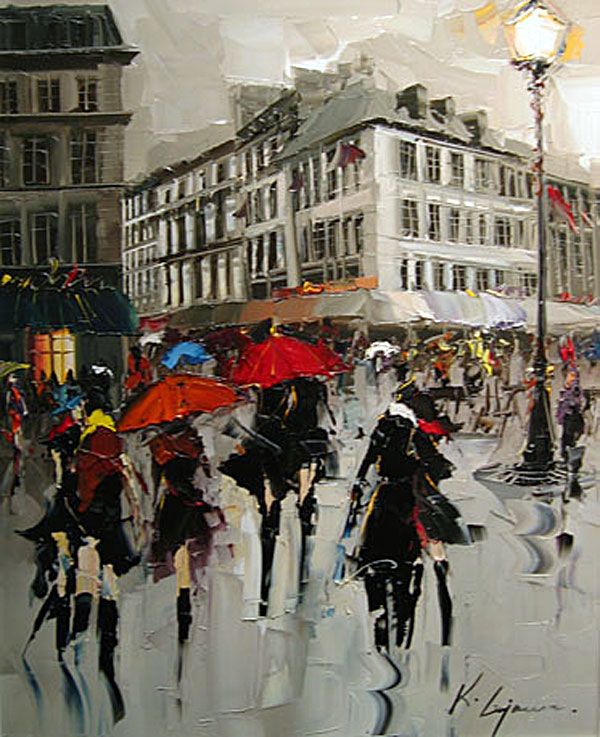 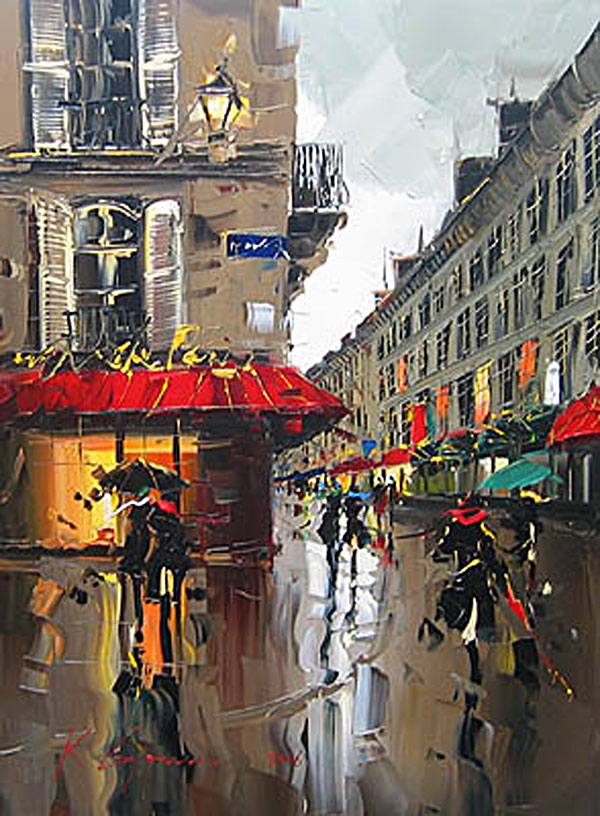 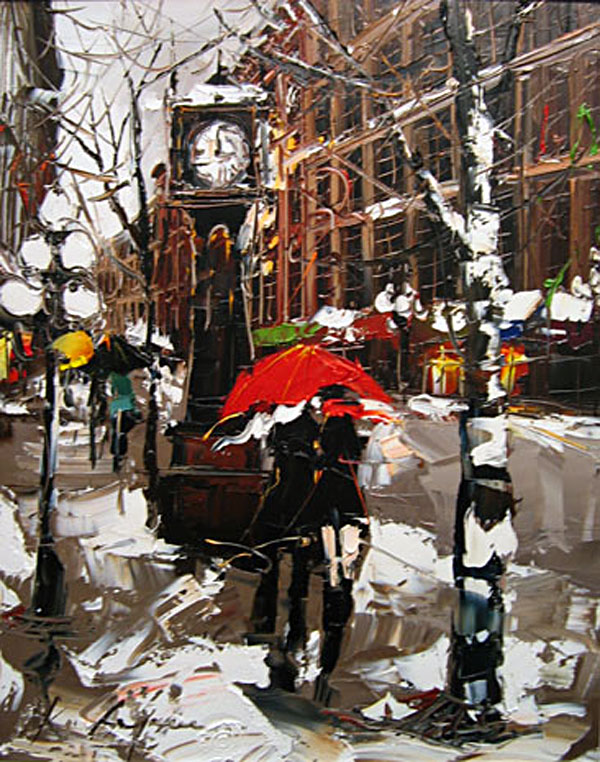 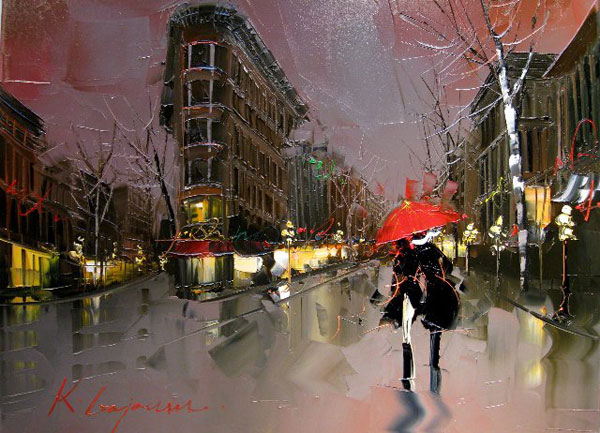 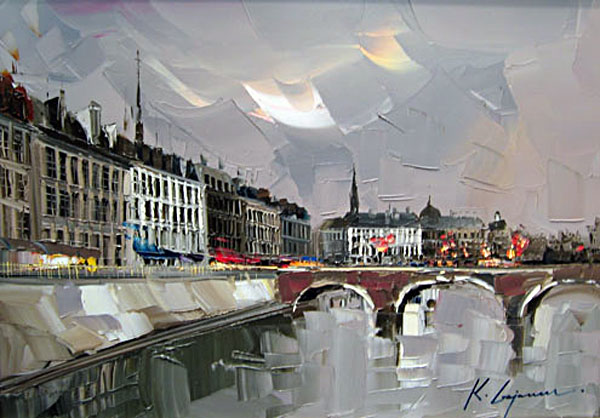 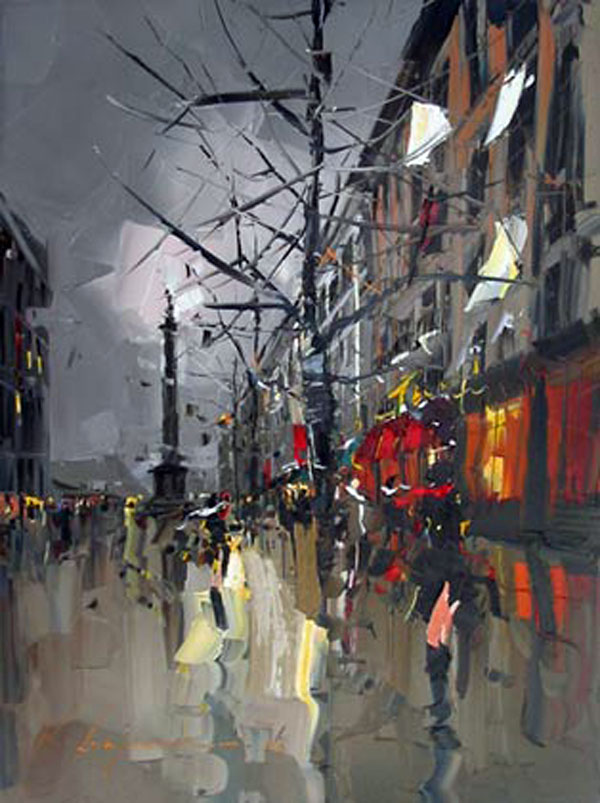 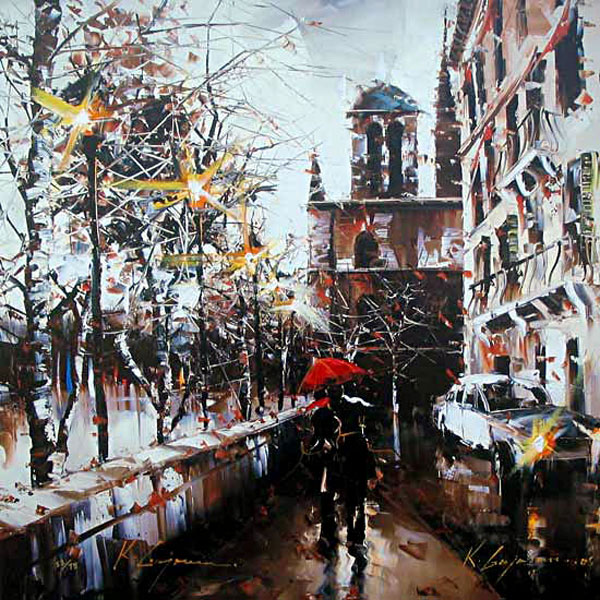 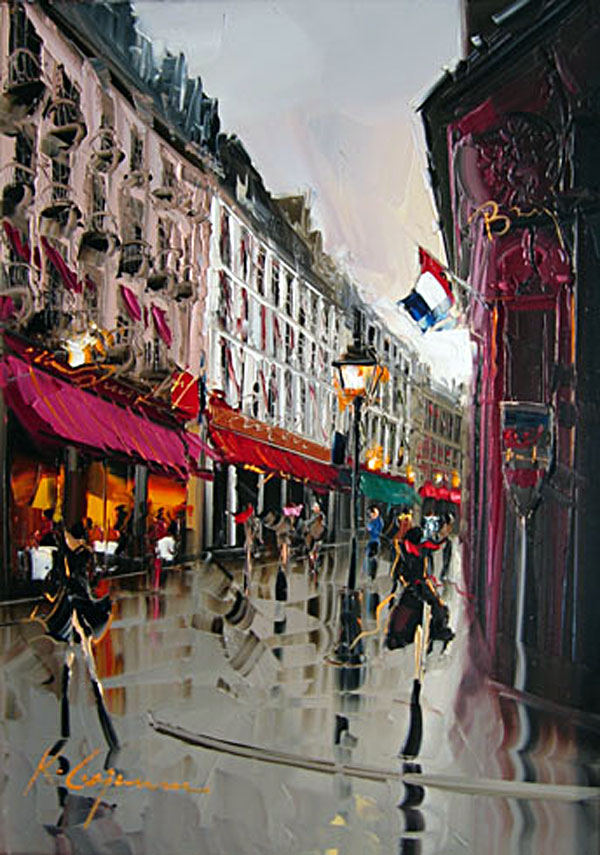 Kal Gajoum was born in Tripoli 1968. His interest in art was sparked at a very early age. In fact, he was only ten years old when he entered his first art competition. Later on he was introduced to oil painting and palette knife techniques by friend of the family who were artist in attendance at the Leonardo da Vinci school of art in Rome.

He held his first exhibition in 1983 in Tripoli.

He moved to Paris to learn watercolour techniques and the Parisian style of painting from a private artist. Then returned to Tripoli in 1992 to give an exhibition.

2003 Kal immigrated to Canada where he now resides in British Columbia, Quebec and France. He now concentrates on cityscapes and still life’s using his palette knife techniques in oil on canvas.