The attack of the Coca-Cola robots 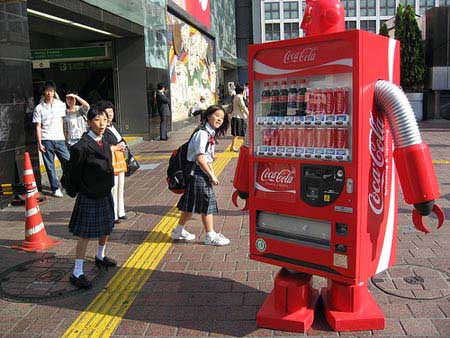 The attack of the Coca-Cola vending machine robots

Coca-Cola has oversized robot vending machines lumbering around Tokyo pinching the heads of people who prefer a different brand. These robots have been made to the likeness of the 11inch tall desktop toys which feature in the regular as well as the black Coke Zero available in Japan. The toys feature bendy arms and have a little coin slot for saving up your yen and buying more coke. 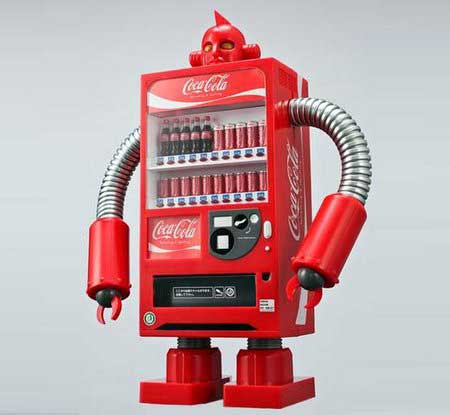 The Lost Land — Eavan Boland iPong — Three player wirless pong on iPhones
We use cookies to ensure that we give you the best experience on our website. Find out moreI accept