Every now and then the internet surprises me with an unexpected gem. While searching for an image for a different post, I came across these great photos of a Montreal street artist named ‘Roadsworth’. Apparently “Montreal police arrested Gibson on November 29  last year [2005] and charged him with 51 counts of mischief, the charges carrying maximum penalties ranging from $200 to $5,000” but since January 6, 2006, “All charges against Gibson have been dropped. His punisment is a minor fine and 40 hours of ‘community work’.”

Makes me want to grab a few cans of aerosol! 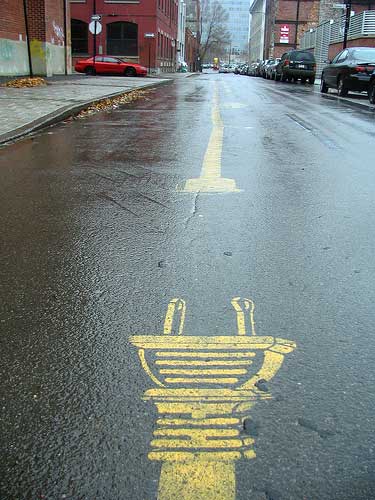 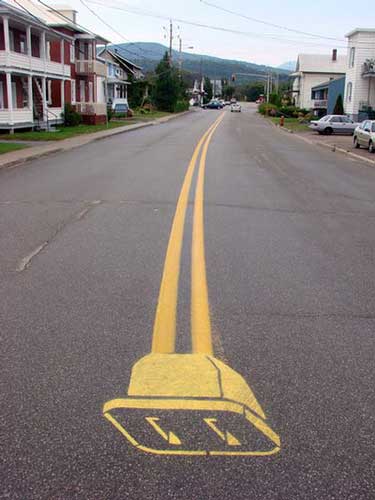 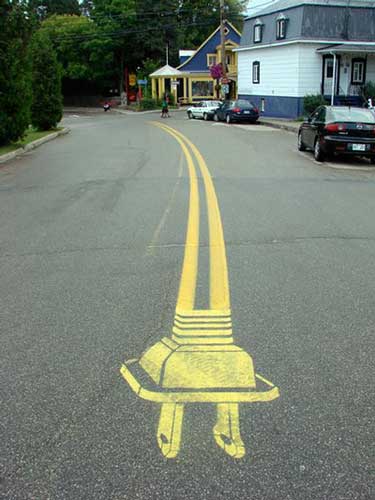 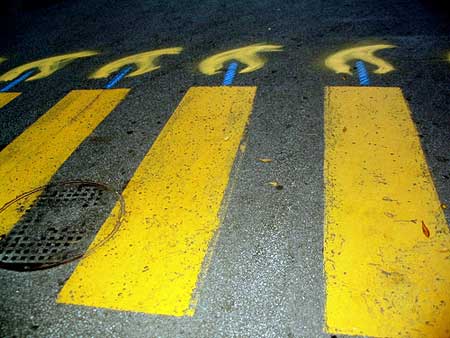 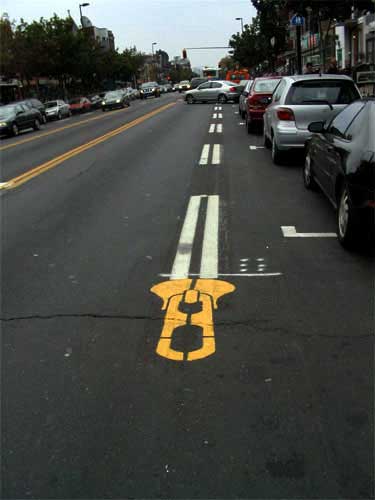 Source of above quotes