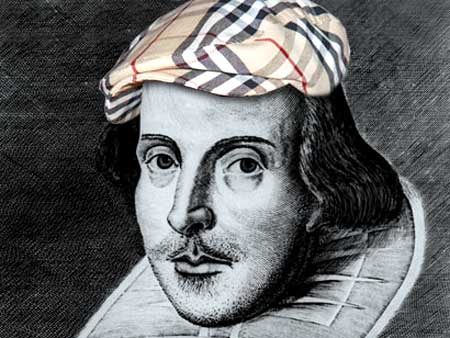 A British satirist has translated 15 of Shakespeare’s classic plays into chav speak.

Martin Bauam’s updated version of Hamlet reveals: “Dere was somefing minging in de State of Denmark.” The Danish prince, who is re-named ‘Amlet, asks: “To be or not to be, innit?”, while Romeo pines for his “fit bitch Jools”.

As You Likes It

Much Ado About Sod All

Romeo And His Fit Bitch Jools

A teenager reportedly ended up with a cabinet instead of a taxi because she asked directory inquiries for a “cab, innit”.

According to The Sun, the Londoner, 19, wanted a taxi to take her to Bristol airport, and first used the Cockney rhyming slang “Joe Baxi”.

When the operator told her she couldn’t find anyone by that name, the teen replied: “It ain’t a person, it’s a cab, innit.”

The operator then found the nearest cabinet shop, Displaysense, and put the girl through.

She then spoke to a bemused saleswoman and eventually demanded: “Look love, how hard is it? All I want is your cheapest cab, innit. I need it for 10am. How much is it?”

The sales adviser said it would be £180 and the girl gave her address and paid with a credit card. The next morning, an office cabinet was delivered to her South London home.

The firm, of Bishop’s Stretford, Hers, has now apologised and refunded her cash after the mix-up two weeks ago.

Marketing manager Steve Whittle said: “We thought it was a joke at first but the girl was absolutely livid. We have suggested that maybe she should speak a bit clearer on the phone.”