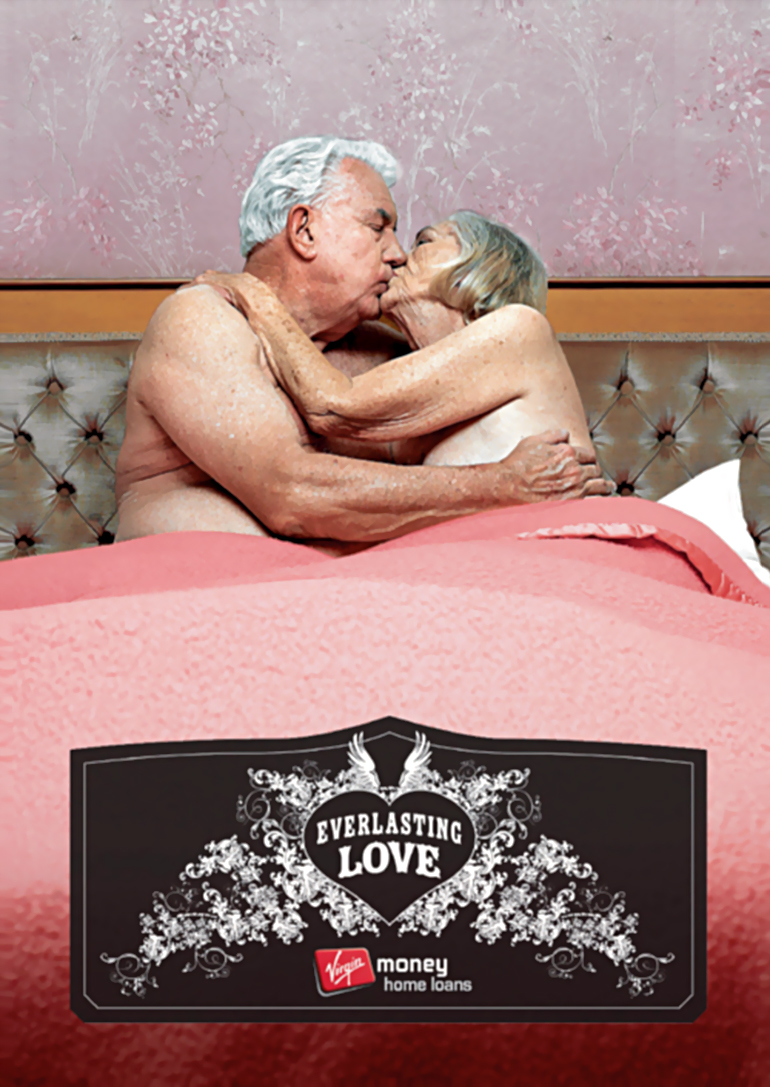 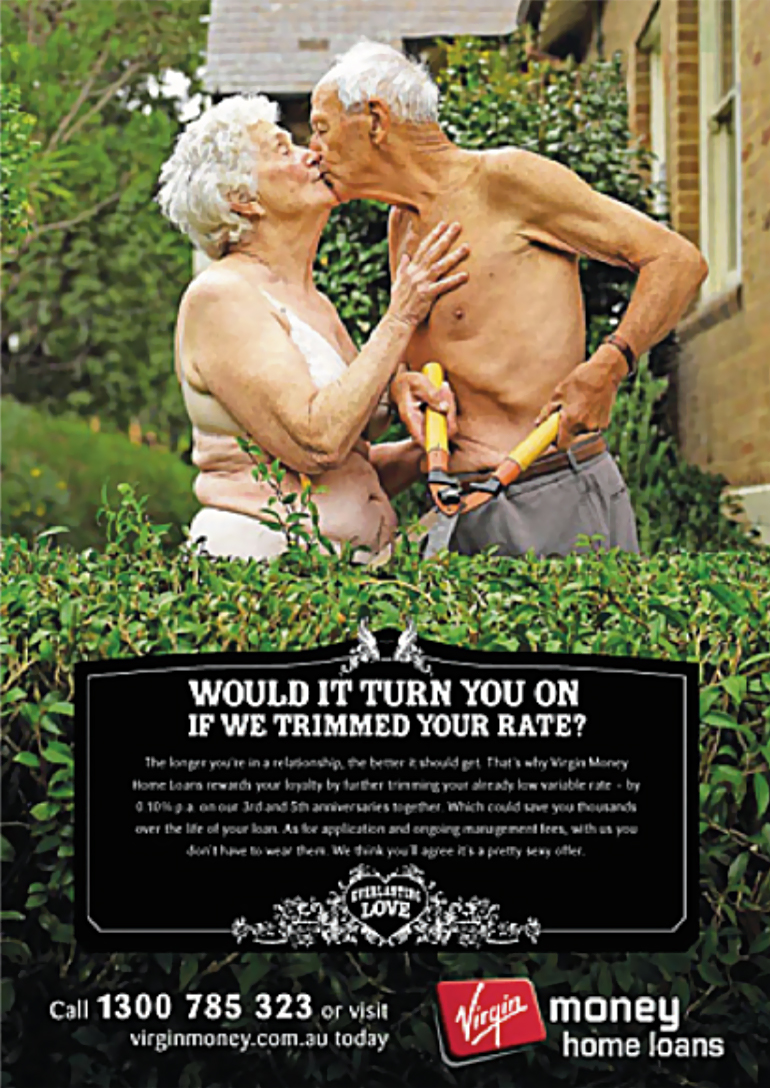 THERE is nothing virginal about a new advertising campaign for Virgin Home Loans showing wild sex romps between elderly lovers.

The elderly couples are real and the images – one of Aleme and Osman Gjolej in the shower using only the “hand bra” to cover themselves – are confronting.

Always the masters of shock, the Virgin campaign was created to promote a new loan rewards program. The TV ad, split into PG and M-rated versions, shows Bill and Glenys Henderson ripping off their clothes before doing the dirty behind a well-placed gum tree.

Launched at the Hilton Hotel yesterday, another elderly couple loved it up in a bubble bath as Virgin Home Loans CEO David Wakeley extolled the virtues of life-long relationships, which mortgages often are.

The mortgage gives customers a 0.1 per cent cut in their rate after three years and a second 0.1 per cent cut after five years – cutting Virgin’s standard variable loan from 7.59 per cent to 7.39 per cent, provided the RBA’s cash rate remains stable.

Cuban exile activist to auction what he says is lock of Che Guevaras’ hair CRANKbait! Lures of Distinction
We use cookies to ensure that we give you the best experience on our website. Find out moreI accept