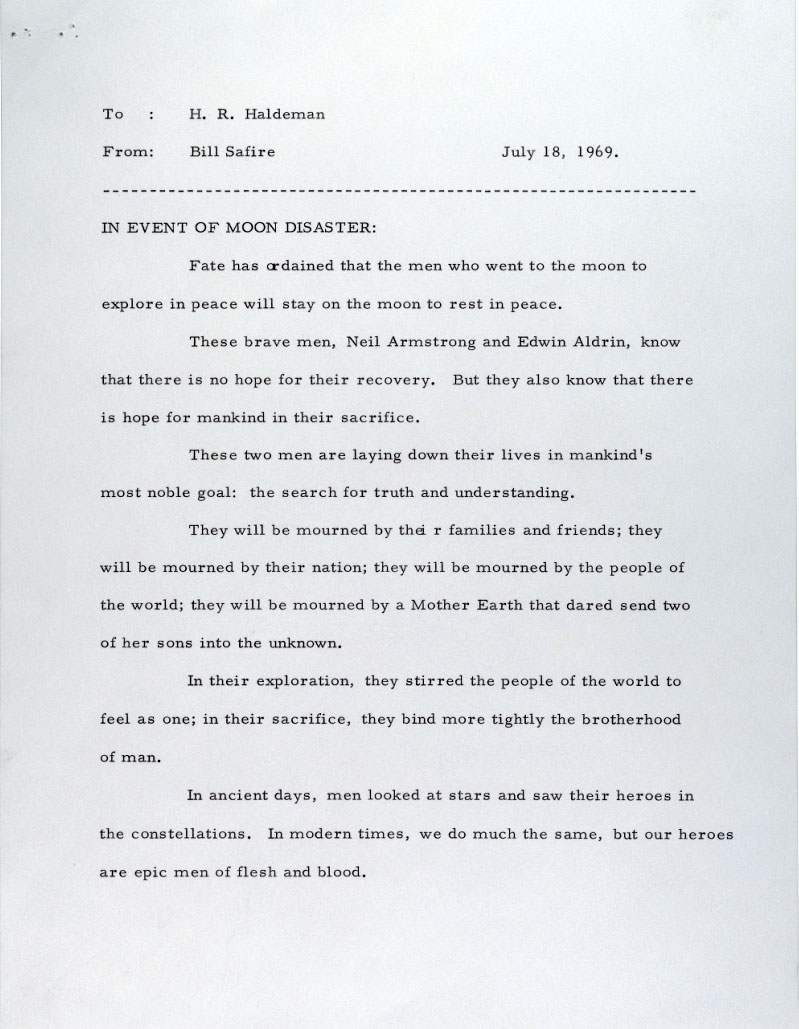 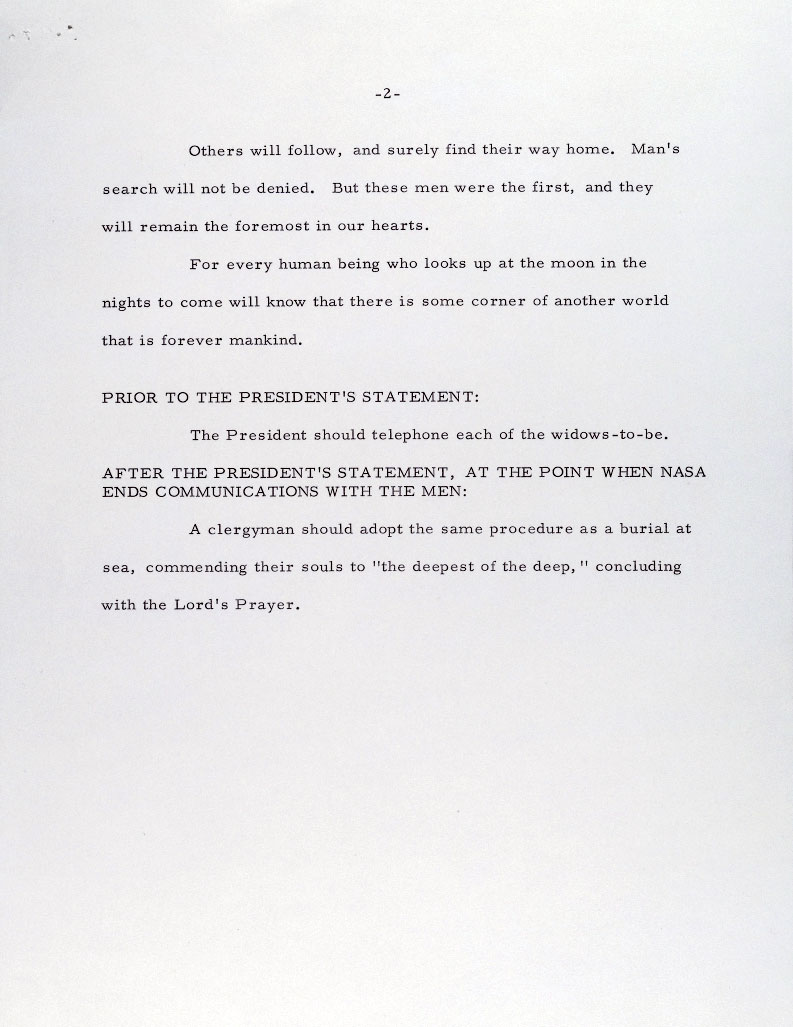 Columnist and presidential speechwriter Bill Safire was one of only three non-disloyal Jews President Nixon could name. Here is the speech he drafted for Nixon to read in case the Apollo 11 Astronauts became stranded on the moon!

It is a wonderful piece of alternate universe American history, in which President Nixon had to explain to a nation that Buzz Aldrin and Neil Armstrong were going to die on the moon.